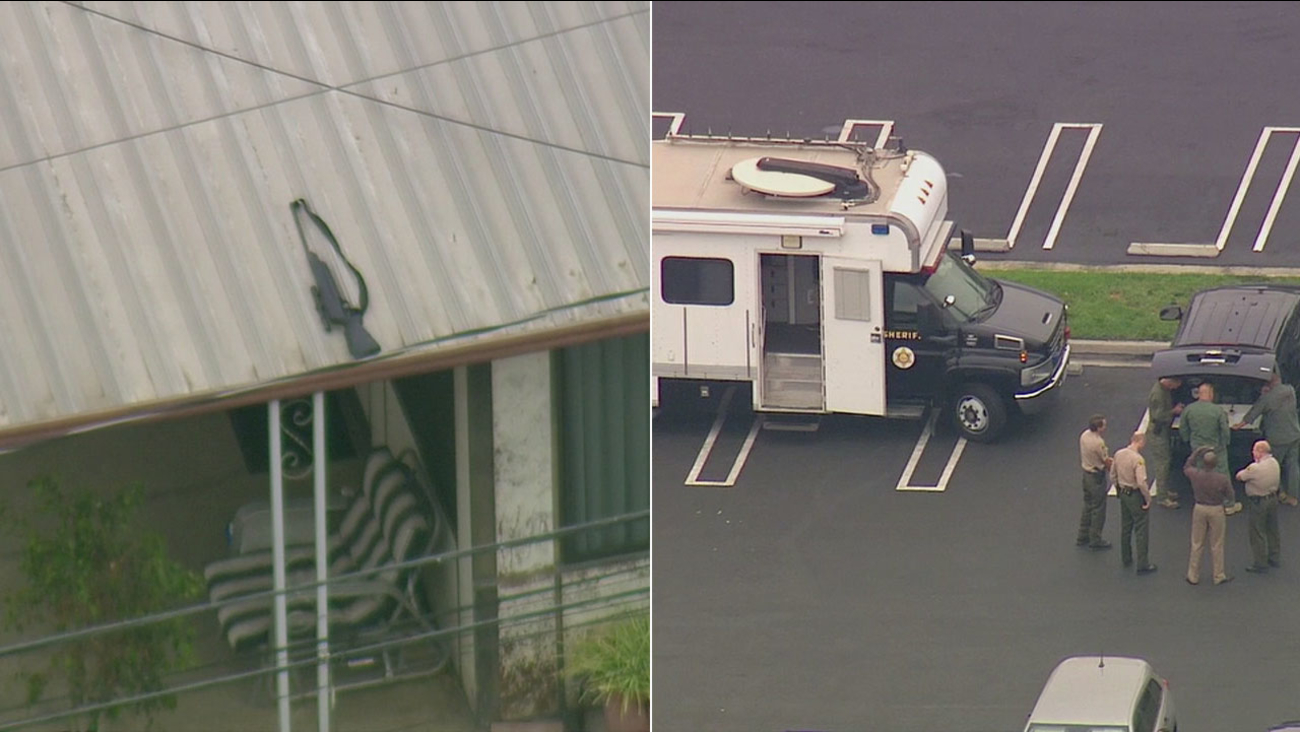 Los Angeles County sheriff's investigators are seen in Lakewood amid a barricaded suspect situation. At one point, what appeared to be a rifle was seen atop the house in question.

LAKEWOOD, Calif. (KABC) -- A barricade situation in Lakewood that triggered school lockdowns and residential evacuations ended Tuesday after the suspect, who was involved in a reported assault, was not found in the home.

Los Angeles County sheriff's officials said they were alerted to an assault situation between a girlfriend and boyfriend in the 20300 block of Roseton Avenue around 5:30 a.m.

The girlfriend left the house and said the boyfriend may be armed with a handgun, investigators said.

Haskell Middle School and Willow Elementary School were placed on lockdown as a precaution. Homes in the area were also evacuated, officials said.

Authorities were not sure if the man was in the house but treated the situation as a barricaded suspect. Sheriff's officials later learned that the suspect was not in the house.

What appeared to be a rifle was seen on the roof of the home involved in the barricade. However, it was not known if the weapon was real or fake.

The LASD's Special Enforcement Bureau was in command of the investigation with the help of the department's Crisis Negotiation Team.