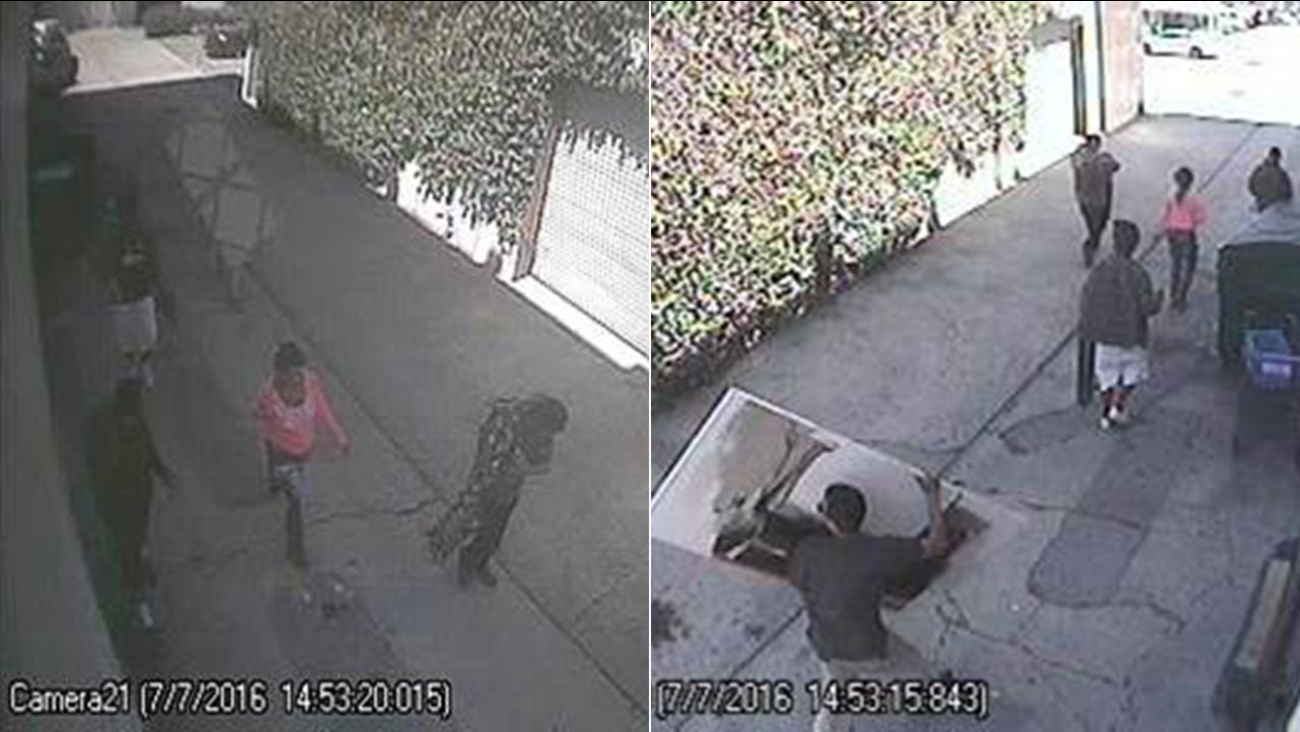 Surveillance cameras caught four men and a woman stealing a painting from a Los Angeles gallery on July 7, 2016. (LAPD)

LOS ANGELES (KABC) -- Los Angeles police are asking for the public's help identifying and finding a group of suspects wanted for stealing a $10,000 painting from a Los Angeles art gallery.

The painting "Escondido" is a 3-by-6-foot mixed media on canvas by Neil Nagy created in 2004 and valued at $10,000. It was stolen on July 7 by five suspects who entered the Warschaw gallery at 6th Street and Pacific Avenue while it was open and removed the painting from the wall.

The painting "Escondido" by Neil Nagy was stolen from a Los Angeles art gallery on July 7, 2016.

Surveillance video observed four men - two of them with skateboards - and a woman in a pink shirt leaving with the painting. Two of the men were carrying skateboards. One man with sunglasses was carrying the painting. They fled southbound in an alley toward the direction of 7th Street.