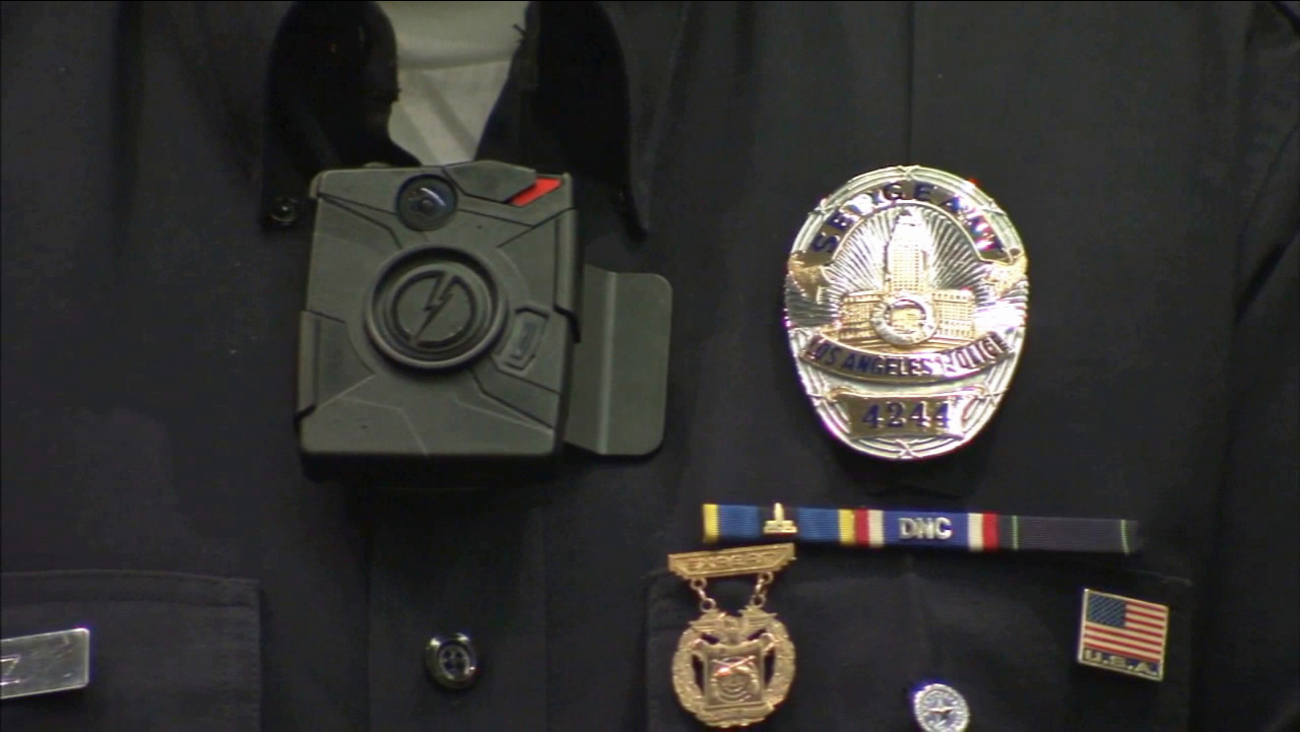 An officer with the Los Angeles Police Department is outfitted with a body camera in this undated file photo.

KABC
By ABC7.com staff
LOS ANGELES (KABC) -- A $58-million plan to equip nearly every Los Angeles police officer with a body camera by the end of 2016 is being postponed due to cost.

The department doesn't expect to receive the remaining 7,000 body cameras until fall 2017, if not later.

However, Mayor Eric Garcetti says that's unacceptable and wants to outfit LAPD officers with those cameras as soon as possible.

"Los Angeles' police reform agenda cannot step backwards. This is something that civil rights activists have been calling for, that our police union supports and that our police officers have been testing. It's kind of like buying a whole bunch of cars and then saying, 'Well, maybe we should have a different kind of car or bicycles even.' We need to have a standard camera on all our officers," Garcetti said.

If and when the cameras are distributed, the department will become the largest police force in the country to use the body cameras on a wide scale.

The body cameras are manually turned on and off by the officer, and the officer is required to have the body camera on anytime he or she is investigating a crime or an incident.

The use of body cameras has become prominent in the wake of controversial police shootings across the country. LAPD hopes the cameras will help build more trust in the community.

"All we're after is one thing and that is clarity and the truth. These on-body cameras aren't the ultimate, but they sure are a great tool," said Steve Soboroff, who heads the Police Department's civilian oversight board. "They're an up-close video and audio. Many times if there's five officers, it will be from five different angles. If there's two officers, it'll be from two different angles. It should make things a lot clearer."

The body cameras have a 12-hour battery life and hold 5 and a half hours of footage. The footage is downloaded to TASER's cloud service every single time an officer returns to his or her station.

City Councilman Mitch Englander says he plans to submit a formal proposal to the city council this week encouraging the LAPD to start the bidding process over.