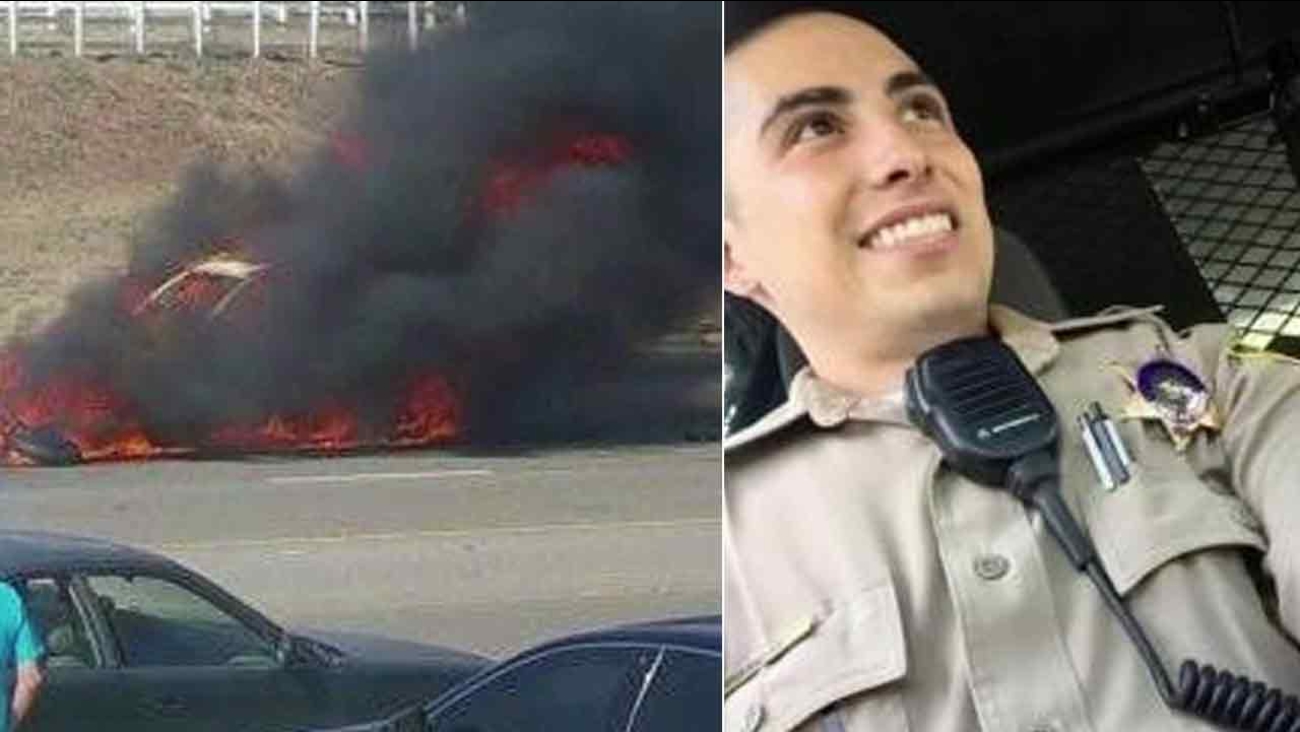 The deputy, 25-year-old Phillip Borja of Upland, died at Riverside Community Hospital after the fiery wreck on Friday. A second rider was seriously injured.

The crash happened just before 4:30 p.m. near Hidden Valley Parkway and the 15 Freeway, according to the LAPD's North Hills Sheriff's Station.

Police said a 57-year-old woman, driving a white Ford Fusion, turned into the path of the two motorcycles and was hit on the driver's side by Borja.

The other rider swerved into an oncoming lane, and both bikes then crashed into a Volkswagen Beetle, driven by a 22-year-old woman. Borja's motorcycle and the beetle then caught fire.