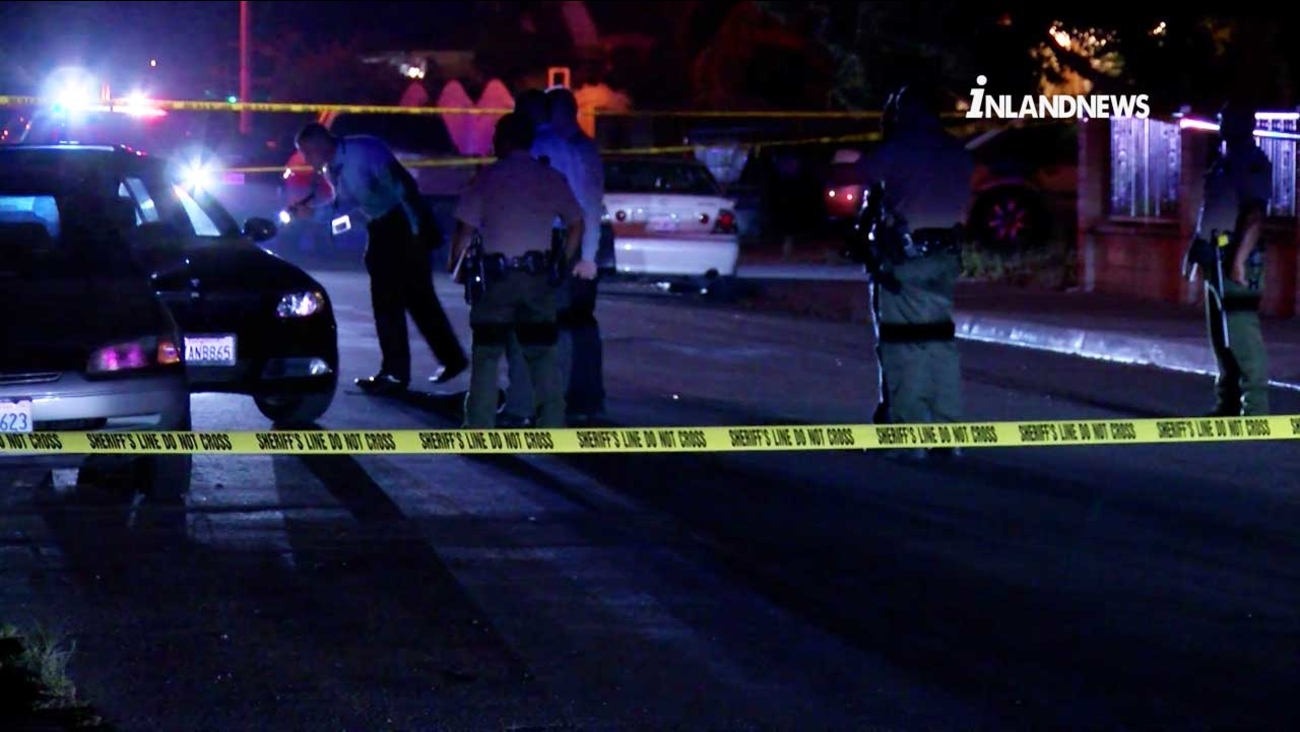 Law enforcement officials investigate the scene of a fatal shooting at an intersection in Fontana on Wednesday, June 28, 2017. (INLANDNEWS)

FONTANA, Calif. (KABC) -- A 22-year-old man was shot to death at a Fontana intersection following some kind of altercation, and police are searching for the suspect or suspects responsible.

At around 8:20 p.m. Wednesday, 911 dispatchers received calls about a shooting at the intersection of Pine Avenue and Pine Court.

Responding deputies found the victim, identified as Chester Scott of Fontana, on the ground suffering from gunshot wounds.

Scott was transported to an area hospital, where he died at approximately 9 p.m.

Homicide detectives learned that Scott had a conversation with a suspect or suspects in a separate car at the intersection. Moments later, shots were fired at Scott's vehicle and he was struck by gunfire, authorities said. It was not known if Scott was inside or outside his vehicle when he was shot.

The suspect or suspects fled westbound on Pine Avenue.

If you have any information about this incident, you're urged to contact Detective Marc Goodwin with the San Bernardino County Sheriff's Department's homicide detail at (909) 387-3589. You can also submit anonymous tips by calling the We-tip Hotline at 1-800-78-CRIME.
Report a correction or typo
Related topics:
fontanasan bernardino countysearchfatal shootingman shotman killed
Copyright © 2021 KABC-TV. All Rights Reserved.
More Videos
From CNN Newsource affiliates
TOP STORIES