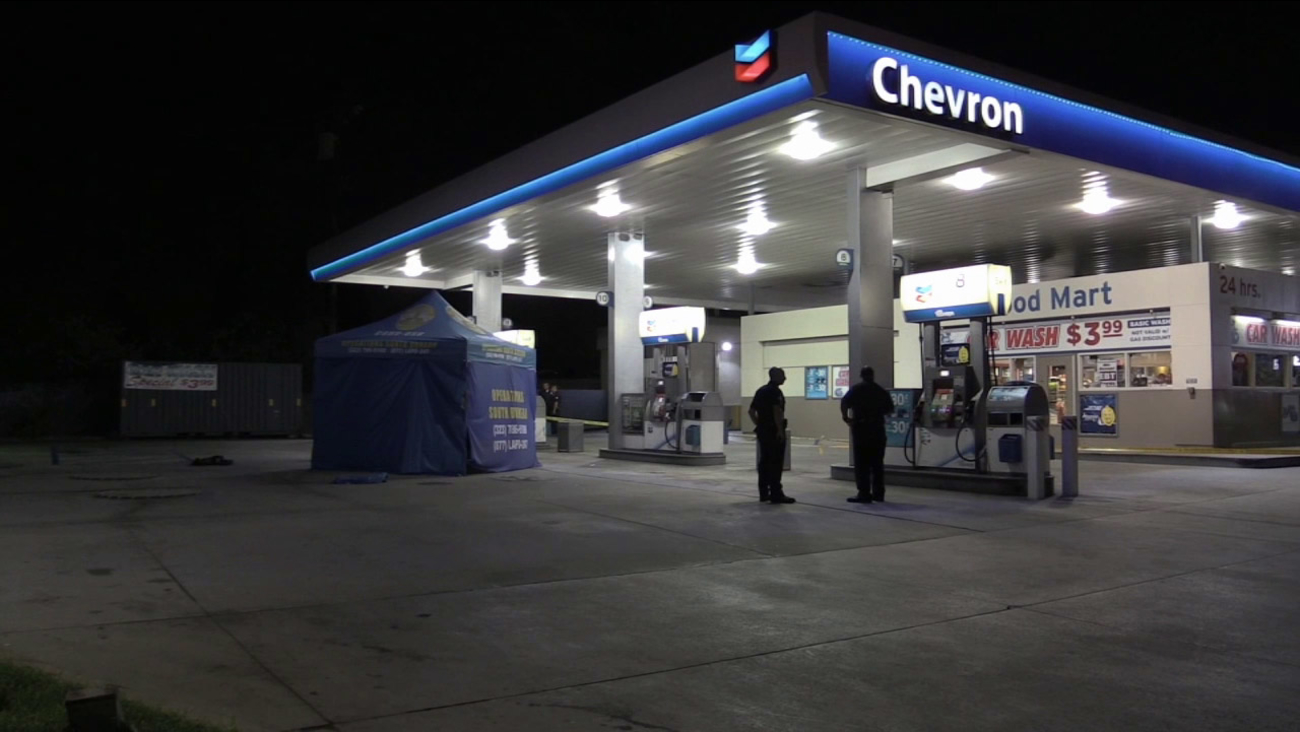 Investigators are shown at a Chevron gas station at Florence Avenue and Flower Street in South Los Angeles following a fatal shooting on the 110 Freeway on Sunday, Aug. 23, 2015. (KABC)

SOUTH LOS ANGELES (KABC) -- A passenger in a car traveling on the 110 Freeway in South Los Angeles was shot and later died from his injuries.

According to Los Angeles police, someone opened fire at the car the victim was riding in on the southbound 110 Freeway around 9 p.m. Sunday.

At some point after the shooting, the driver exited off the freeway and pulled into a Chevron gas station at Florence Avenue and Flower Street.

According to a coroner's report, that's where the victim died.

Police have yet to release any suspect information and no arrests have been made.