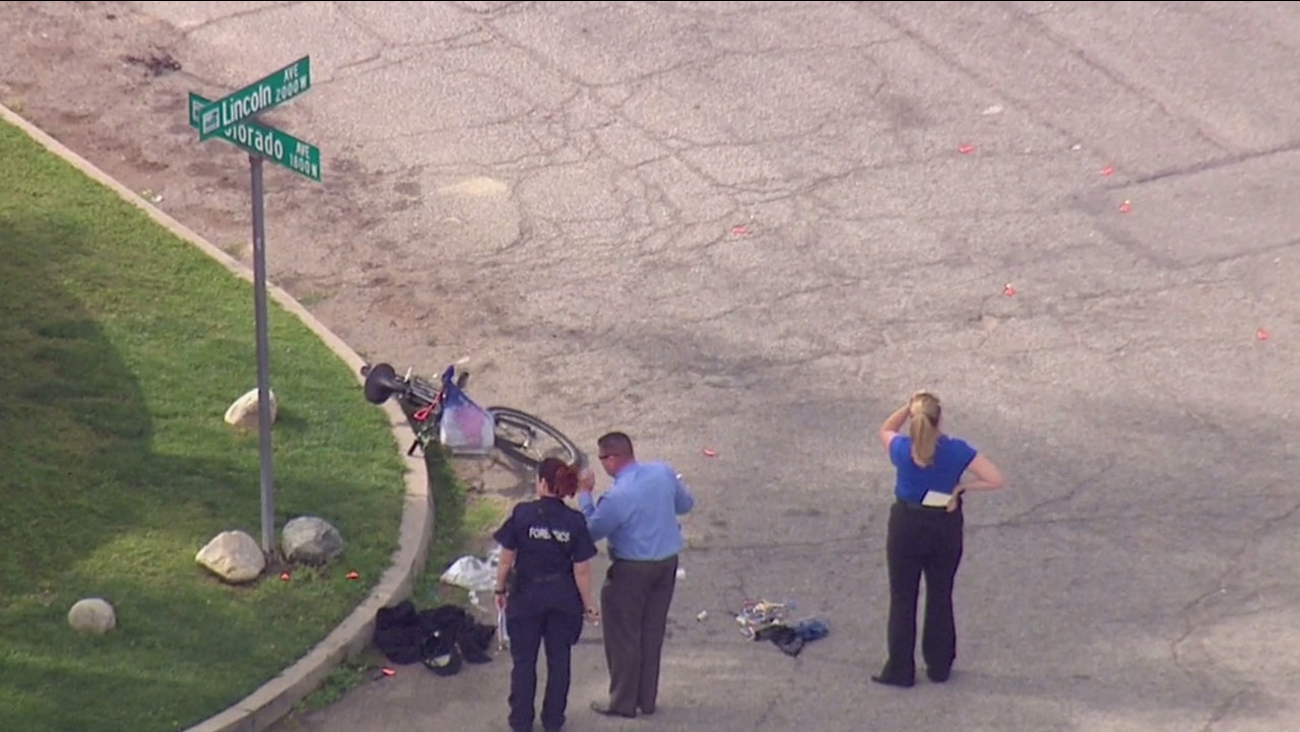 Officers responded to a report of a shooting near Colorado and W. Lincoln avenues around 8:30 a.m. and found the man down on the ground.

He was transported to a local hospital, where he was pronounced dead. His identity was not released pending notification of next of kin.

The suspect's vehicle was described as a maroon SUV or minivan. The elementary school was briefly locked down. No further details were immediately released.