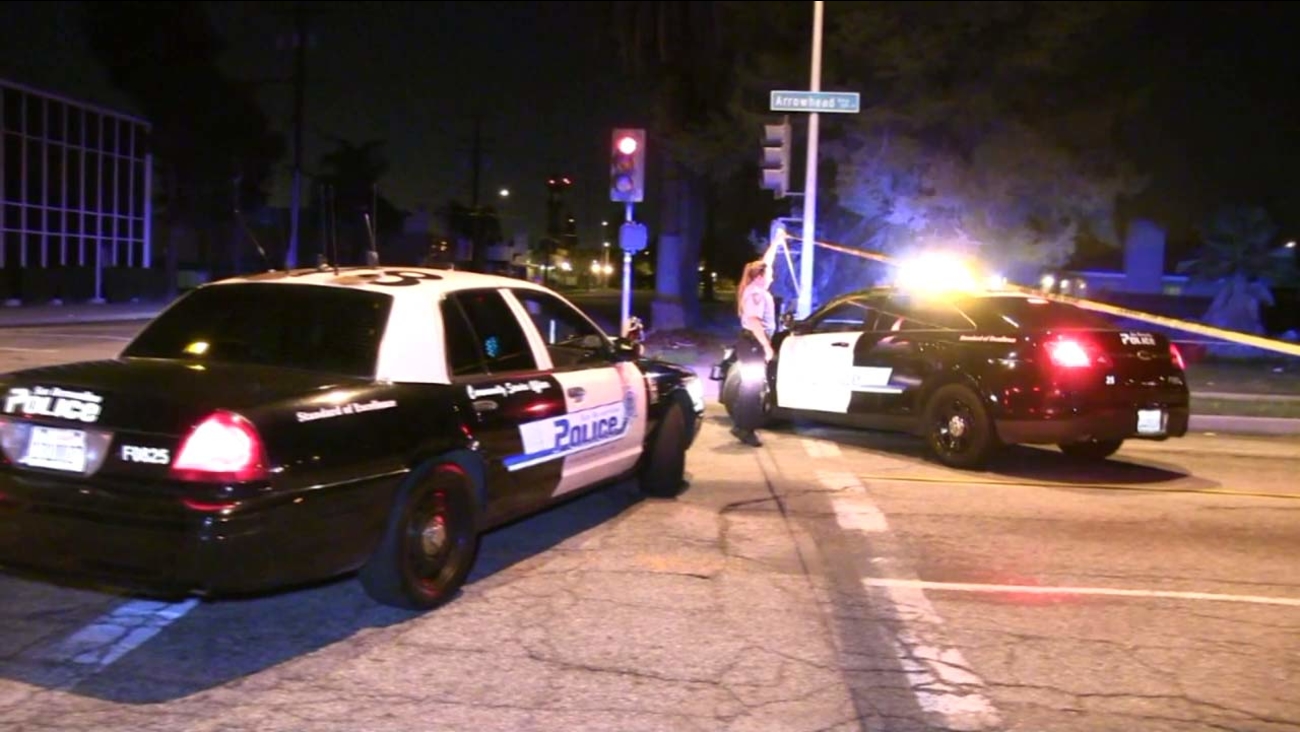 Police vehilces are shown at the scene of a fatal shooting in San Bernardino on Sunday, Nov. 13, 2016.

San Bernardino police received several 911 calls shortly before 7:30 p.m. Sunday regarding up to 25 gunshots heard in the 700 block of North Arrowhead Avenue.

Responding officers found the victim near an apartment. He was pronounced dead at the scene.

The man's identity was not released. Suspect information was not immediately available.