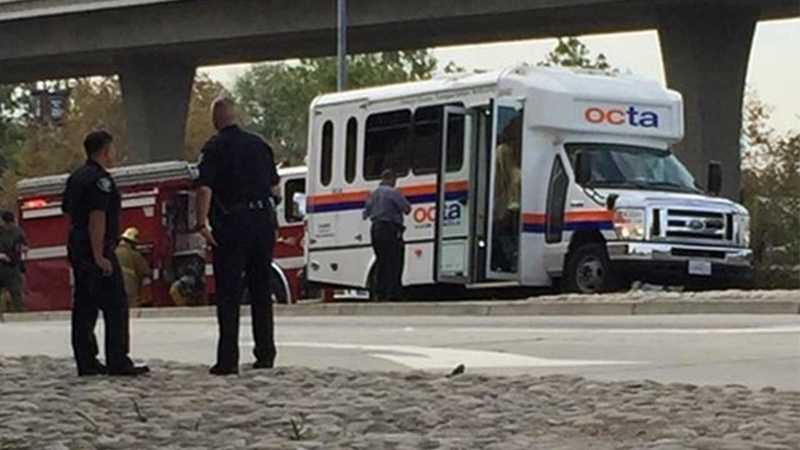 SANTA ANA, Calif. (KABC) -- A man was hospitalized in critical condition Wednesday morning after jumping from a seven-story parking structure in Santa Ana and landing on the roof of an Orange County Transportation Authority minibus, police said.

The bizarre incident occurred in the 1800 block of E. 1st Street at about 10 a.m. Witnesses said they saw the man standing on the ledge of the parking garage. They became concerned when he started pacing and called 911.

The minibus was exiting the 5 Freeway when the man jumped. The bus driver immediately pulled over on the on-ramp of the northbound 5 Freeway at 4th Street and contacted the Santa Ana Police Department.

The man was rushed to Orange County Global Medical Center in Santa Ana.

The investigation was ongoing. No other injuries were reported.