Man in car shot to death in Norwalk; investigation underway 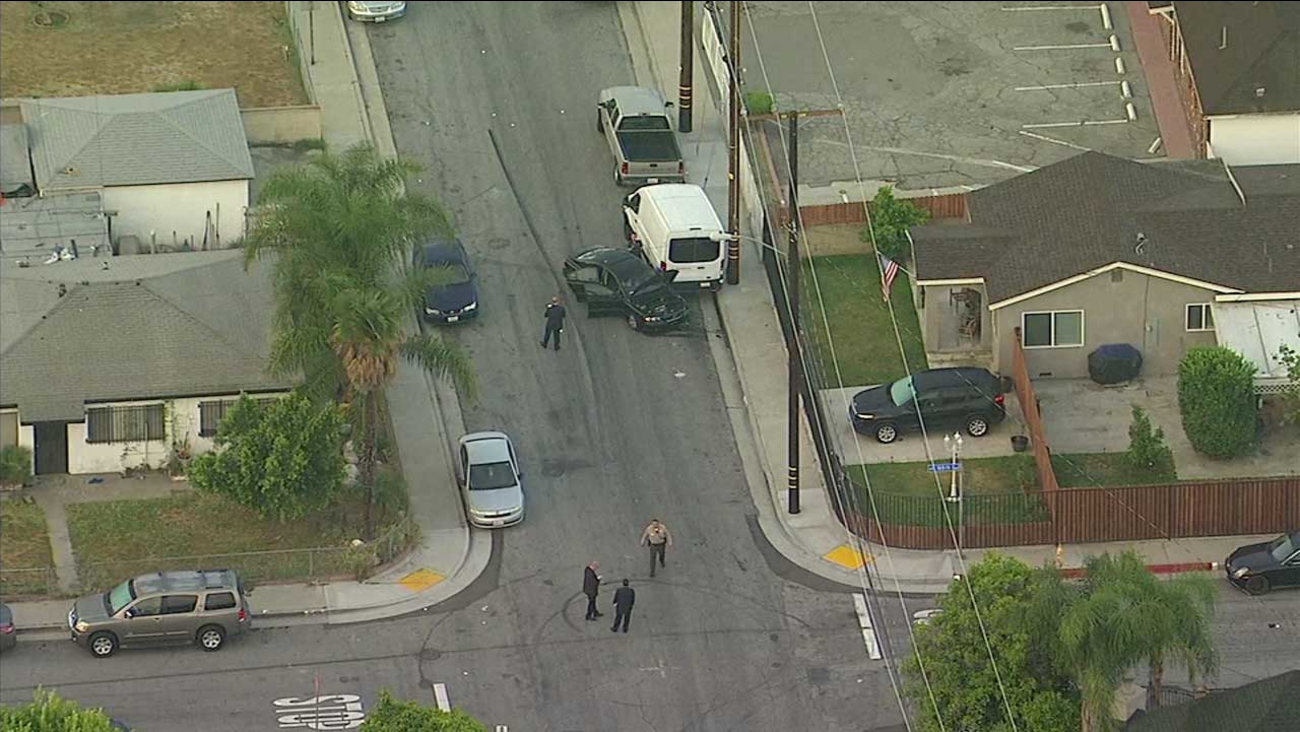 Sheriff's officials investigate the scene of a fatal shooting in Norwalk on Wednesday, May 3, 2017.

NORWALK, Calif. (KABC) -- A death investigation is underway in Norwalk, where a man in a car was fatally shot.

The shooting occurred around 3:45 a.m. Wednesday in the 16500 block of Horst Avenue.

Sheriff's deputies received a report of shots fired and arrived on scene.

Upon investigation, deputies learned that the victim was driving north on Horst Avenue from 166th Street when someone fired several shots into the victim's car, which subsequently crashed into a parked van.

It's unknown if the suspect was on foot or in a vehicle.

The victim, only described as man in his 40s, suffered a gunshot wound to the upper torso and was pronounced dead at the scene.

A description of the suspect or suspects was not immediately available.