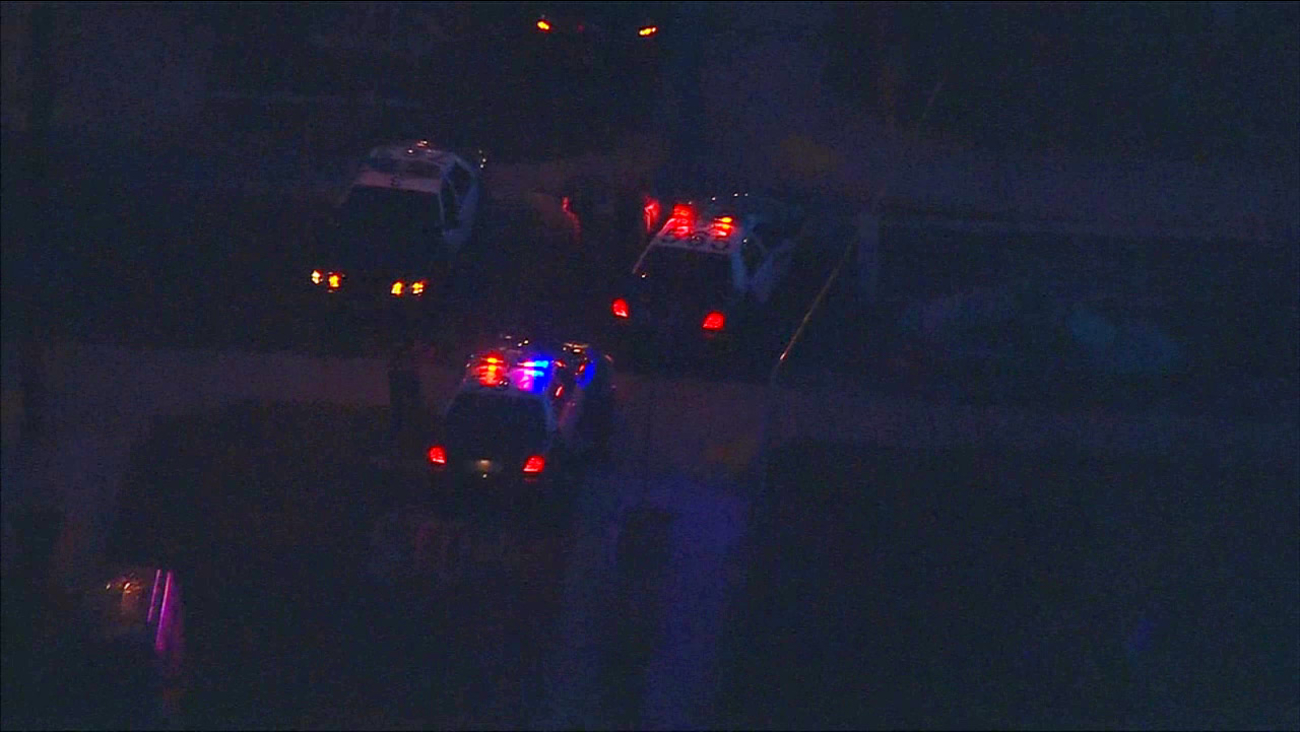 Law enforcement vehicles are shown near the scene of a fatal shooting in Lennox on Monday, May 4, 2015. (KABC)

LENNOX, Calif. (KABC) -- An investigation is underway after a man was shot to death in the 4000 block of 111th Street in Lennox on Monday.

The victim was transported to an area hospital, where he was pronounced dead.

The circumstances surrounding the shooting remain unknown. The victim was described as a male adult - his identity was not immediately released.

It's unknown if the shooting was gang related.