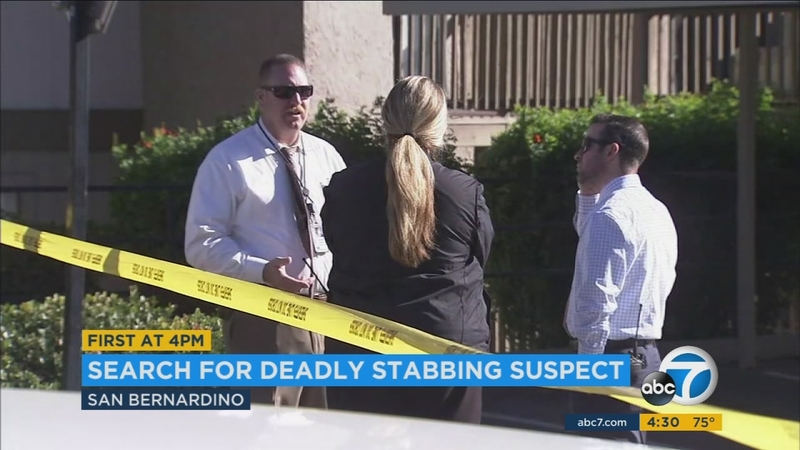 SAN BERNARDINO, Calif. (KABC) -- A man in his 50s was brutally stabbed early Wednesday near the parking lot of the Lido Apartments complex in San Bernardino, according to police.

The man later died after being taken to a hospital.

"Since we've been here we've never had an incident like this, it's kind of sad," said resident Victoria Spencer.

Investigators said the victim had up until recently been a transient but had been taken in by a resident at the complex.

His roommate provided detectives with details into the victim's late-night habits.

"He had a tendency of sleeping during the daytime hours and going out and kind of just wandering the streets in the evening hours," Lt. Mike Madden said.

"Whether that had anything to do whatsoever with this attack - that's something that our investigators are still trying to work through," he added.

The attack around 4 a.m. inside the gated apartment complex did not come as a surprise for some residents, such as Toby Brazil who said management recently hired extra security following a series of car break-ins.