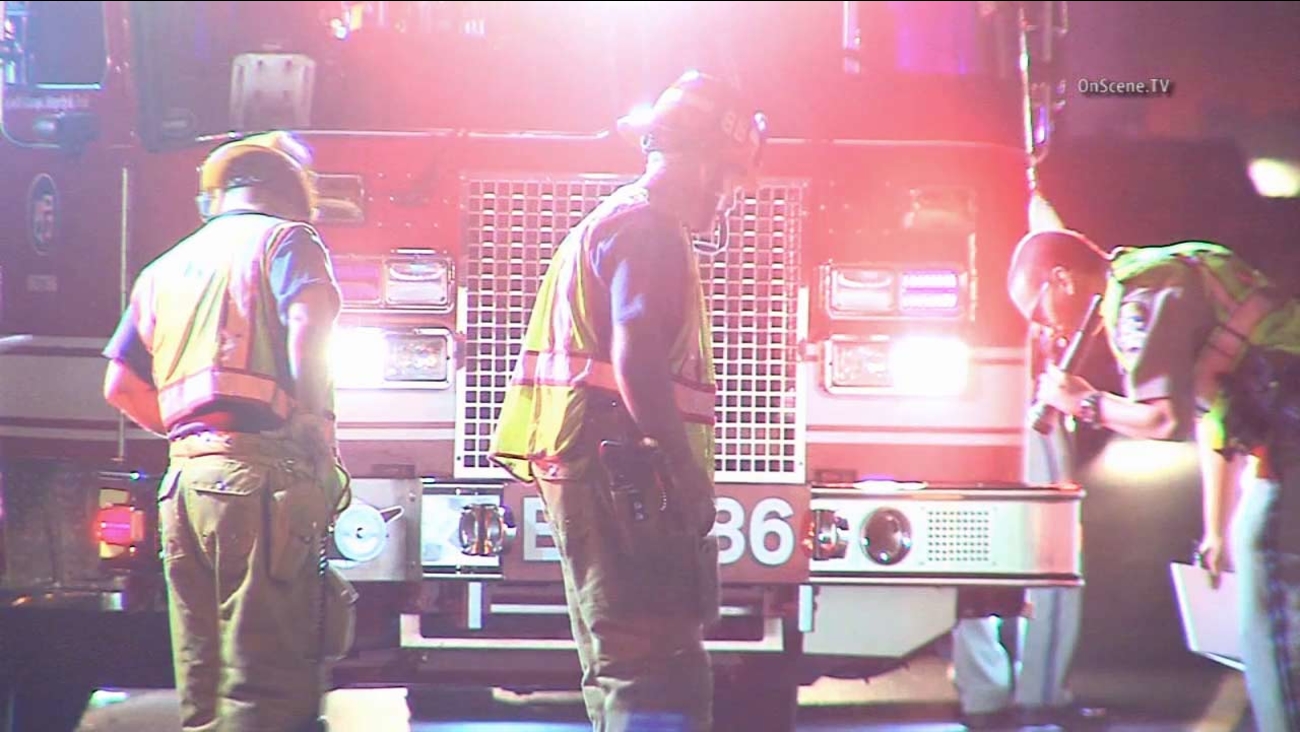 Authorities investigate the scene of a pedestrian struck and killed after walking along the 101 Freeway early Saturday, Oct. 31, 2015.

NORTH HOLLYWOOD, LOS ANGELES (KABC) -- A man walking along a freeway before being struck and killed by a hit-and-run driver in North Hollywood has been identified.

Menon was struck around 12:18 a.m. at Vineland Avenue on the northbound lanes of the 170 Freeway, just north of the 101 Freeway, according to the California Highway Patrol. He was pronounced dead at the scene.

It was unclear where Menon came from or why he was on the freeway.

Investigators do not have a vehicle description and are asking for the public's help in identifying the driver.

The City News Service contributed to this report.