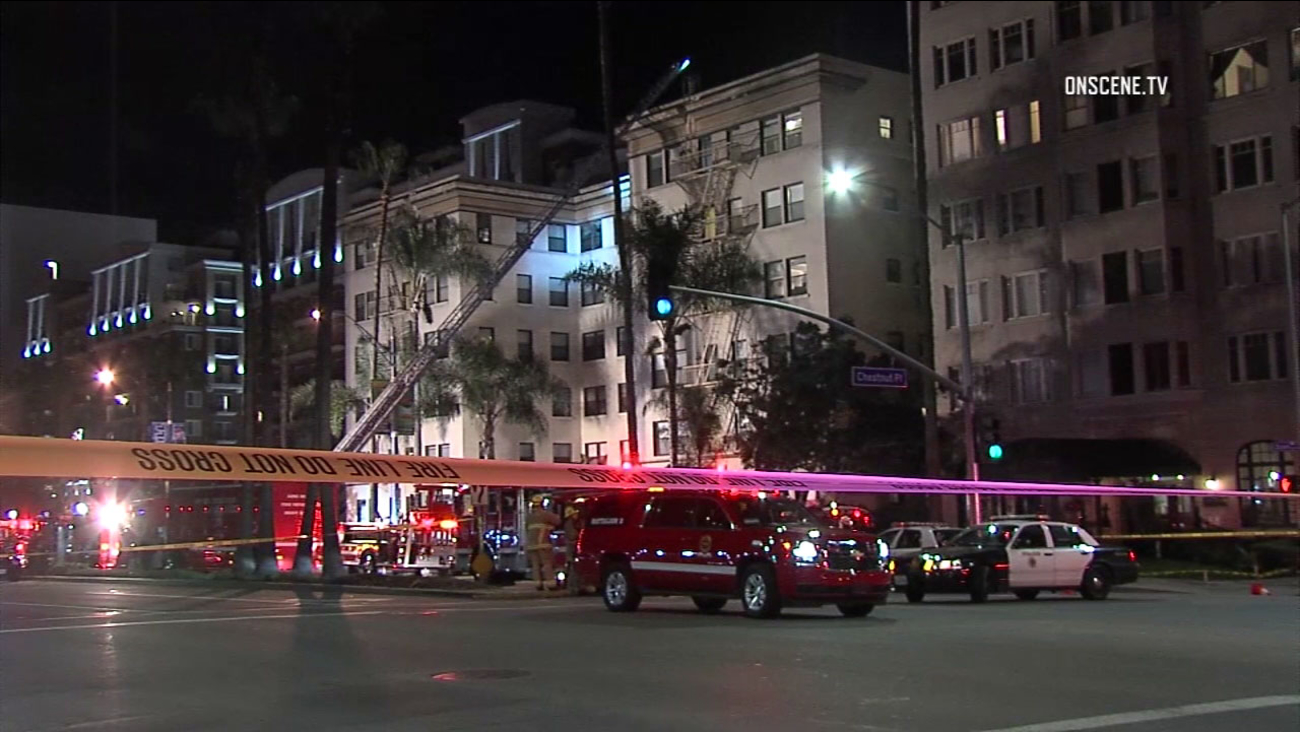 Fire crews and police at the scene of a barricade situation at a Long Beach apartment complex early Tuesday, Jan. 3, 2017.

LONG BEACH, Calif. (KABC) -- A 52-year-old man was taken into custody early Tuesday after a standoff in Long Beach that started when he allegedly started a fire and threatened to burn down a high-rise apartment building.

Firefighters were called to the 300 block of W. Ocean Boulevard at about 10 p.m. Monday on reports of a manual pull-fire alarm, according to Long Beach police.

When crews arrived they saw smoke that quickly dissipated. The suspect, who police described as hostile, barricaded himself on the sixth floor of the building and threatened to burn down the apartment structure, police said.

People in the building were evacuated, and firefighters called a SWAT team to the scene.

The hostile individual has barricaded himself in the building. LBFD now supporting LBPD operations. SWAT has been requested. FD PIO onscene. pic.twitter.com/8aEeuGyBa8

After crews talked to him through a closed door, the suspect gave up at about 2 a.m. and was evaluated by LBFD paramedics. He was transported to a nearby hospital for further evaluation.

No injuries were reported, and residents were allowed back into their apartments.