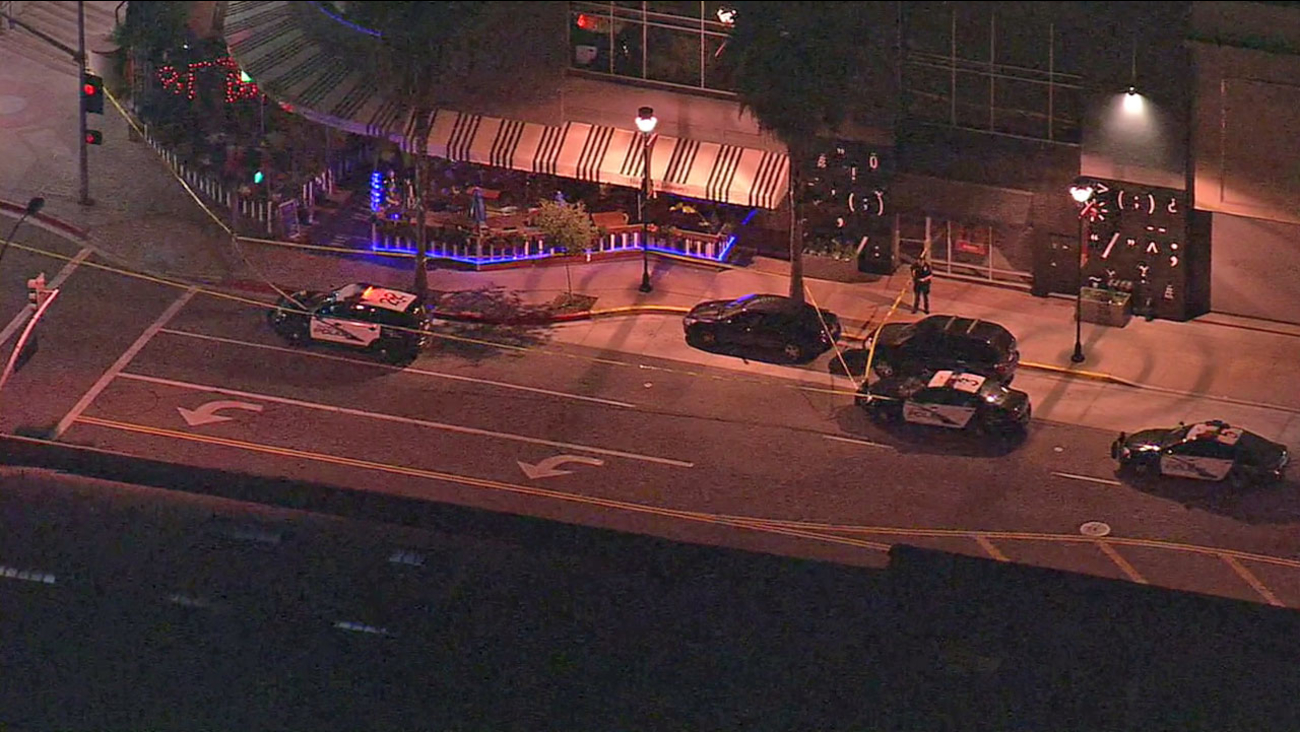 Burbank police officers surround the scene of a stabbing near a movie theater on Monday, March 14, 2016. (KABC)

BURBANK, Calif. (KABC) -- Burbank police detectives are looking for a man and woman involved in a fight with another man who was stabbed near an AMC 16 movie theater.