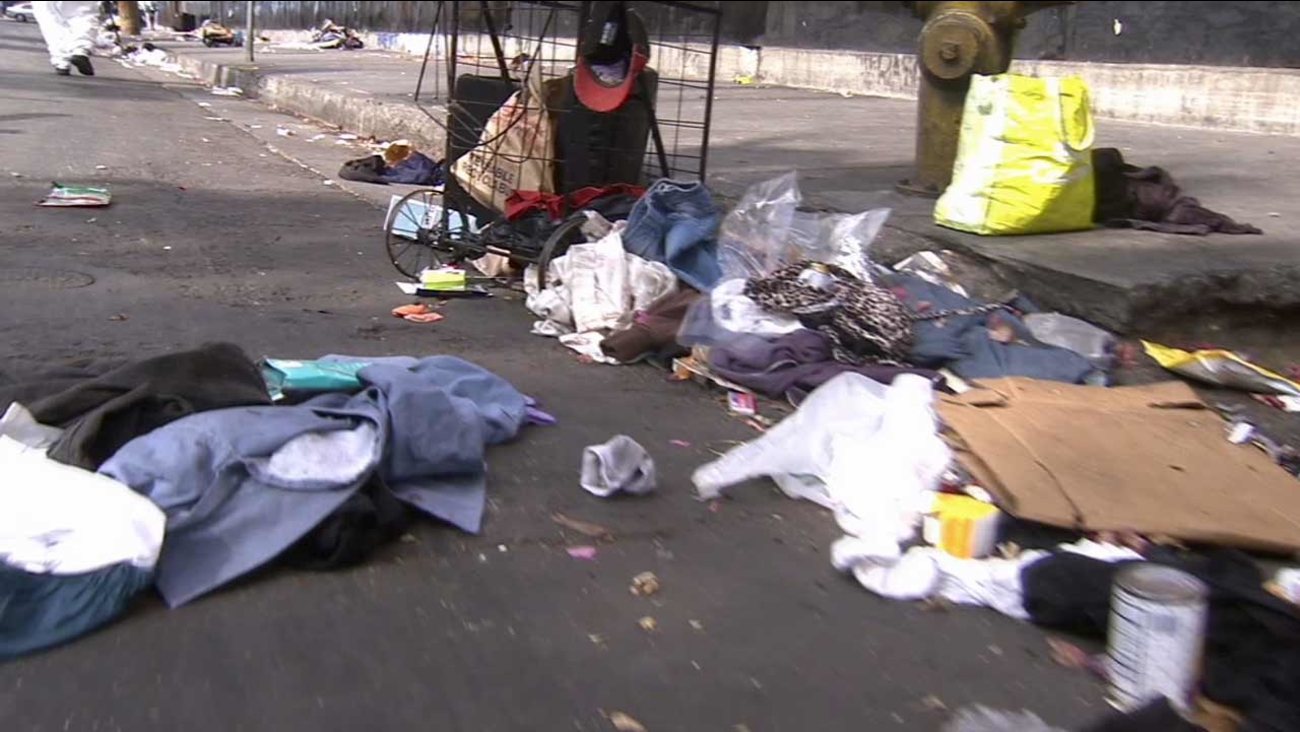 Items from a homeless encampment are seen in this undated file photo taken in downtown Los Angeles.

KABC
LOS ANGELES (KABC) -- Los Angeles Mayor Eric Garcetti said Tuesday that he will delay enforcement of a recently approved city ordinance making it easier to dismantle homeless encampments until changes are made. 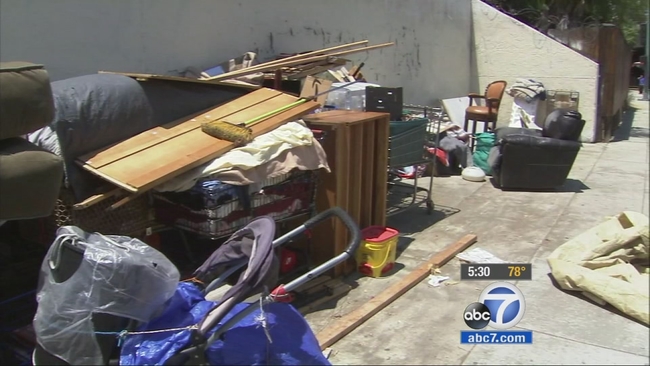