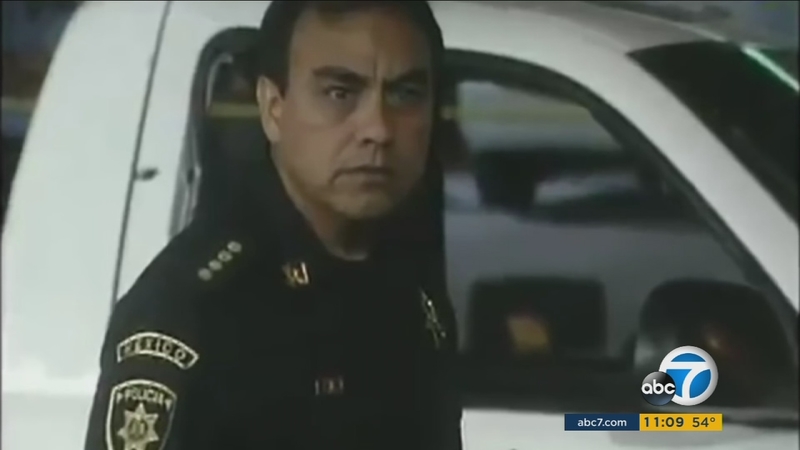 PICO RIVERA, Calif. (KABC) -- It's May 8, 2015 in Juarez, Mexico. Former Police Chief Julian Leyzaola Perez is in the driver's seat when a man approaches. Leyzaola is hit directly in the spine. Moments later, aid arrives.

This is the 8th assassination attempt Leyzaola has faced while combating drug cartels.

"I honestly think that he's not scared of anything," said filmmaker Charlie Minn, who directed "Mexico's Bravest Man," a documentary about Leyzaola, the former police chief of Tijuana and Juarez. "He lowered the murder rate 80 percent in Juarez, and his goodbye gift was a bullet to the spine."

In Tijuana, El Chapo Guzman, the powerful leader of Mexico's Sinaloa cartel, offered Leyzaola $80,000 a week to follow his orders but Leyzaola turned him down.

"I would never be able to work with a delinquent," Leyzaola said in Spanish.

Leyzaola's style is brash and bold, according to Minn.

"He's literally come out and said, 'I will meet you on the street and shoot you in the head,'" Minn said.

The attack in Juarez paralyzed Leyzaola but that's not stopping him from currently running for mayor of Tijuana.

Minn says that while some Mexicans see him as corrupt, he doesn't.

"Mexico's Bravest Man" will be screened at the Cinepolis in Pico Rivera. It's Minn's 20th documentary in six years.

His recent work has focused on El Chapo. Minn says he's obsessed with documenting the very human toll of the drug trade.

"I feel like this is the message that God put me on Earth to make. I feel better about who I am, and by making these films, I've convinced myself that I can't be that bad of a guy," he said.