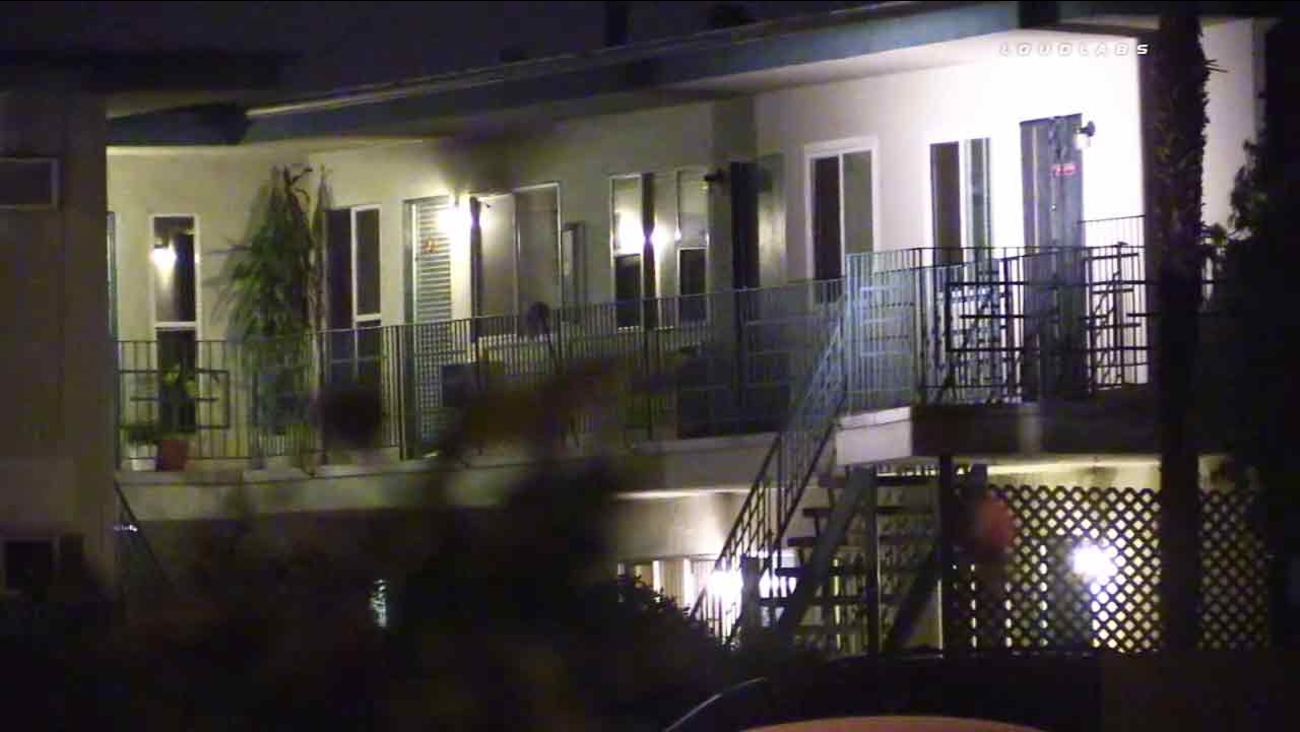 A man who allegedly made threats against his family members was barricaded inside this Montebello apartment on Wednesday, June 29, 2016. (KABC)

MONTEBELLO, Calif. (KABC) -- Some residents were evacuated from a Montebello neighborhood early Wednesday morning due to an hours-long police standoff. The suspect was eventually taken into custody.