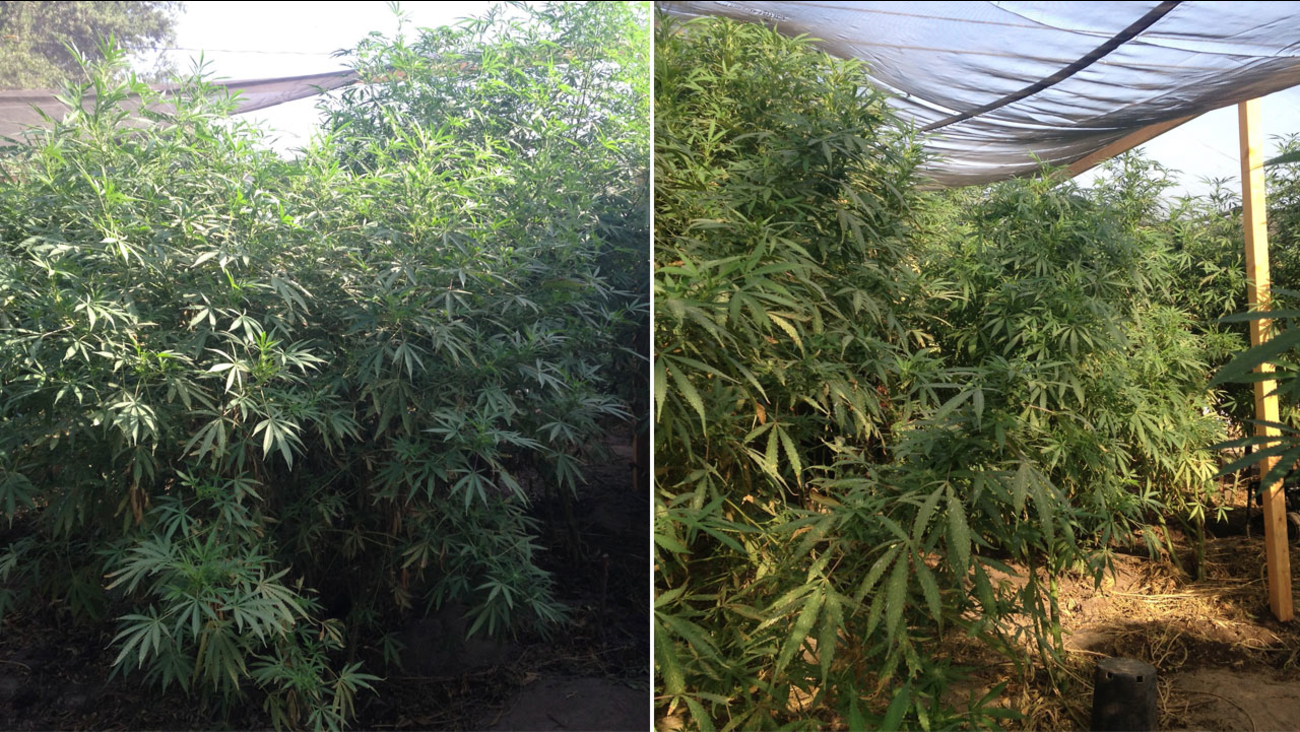 More than 2,300 marijuana plants were seized during a bust by San Bernardino County sheriff's deputies on Tuesday, Aug. 9, 2016.

SAN BERNARDINO, Calif. (KABC) -- One person was arrested and more than 2,300 marijuana plants were seized at a property in San Bernardino.

The illegal marijuana growing operation in the 8000 block of Sunnyside Avenue was discovered by San Bernardino County sheriff's deputies who were responding to the location on a separate call on Tuesday.

Deputies found 33-year-old Camilo Farias-Rodrigues in the back yard of the property, tending to the plants. He was taken into custody without resistance.

Authorities said the 2,300 seized plants were in various stages of growth. Investigators said Farias-Rodrigues was not in compliance with California's medical marijuana laws and local ordinances.

Farias-Rodrigues was expected to be charged with cultivation of marijuana. The district attorney will review the case and decide on charges. He was booked into the Central Detention Center on $25,000 bail.

Authorities said Farias-Rodrigues, described as a transient from Central California, was hired by an unknown individual to take care of the marijuana plants. It was not known if this individual is the property owner, who could also face civil and or criminal charges.