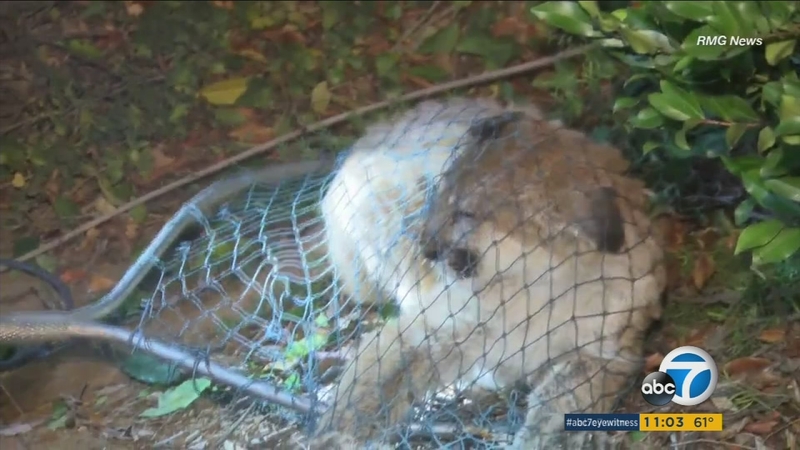 SAN DIMAS, Calif. (KABC) -- A mountain lion was seen wandering around a San Dimas neighborhood before it was captured Sunday night.

The animal was spotted in an alley around 7:30 p.m. by a deputy on patrol in the area. The deputy started following the small cat and called in more officers. The group followed it downtown for about an hour.

The wild feline was finally cornered in a parking lot next to a bowling alley where it was secured with a control stick.