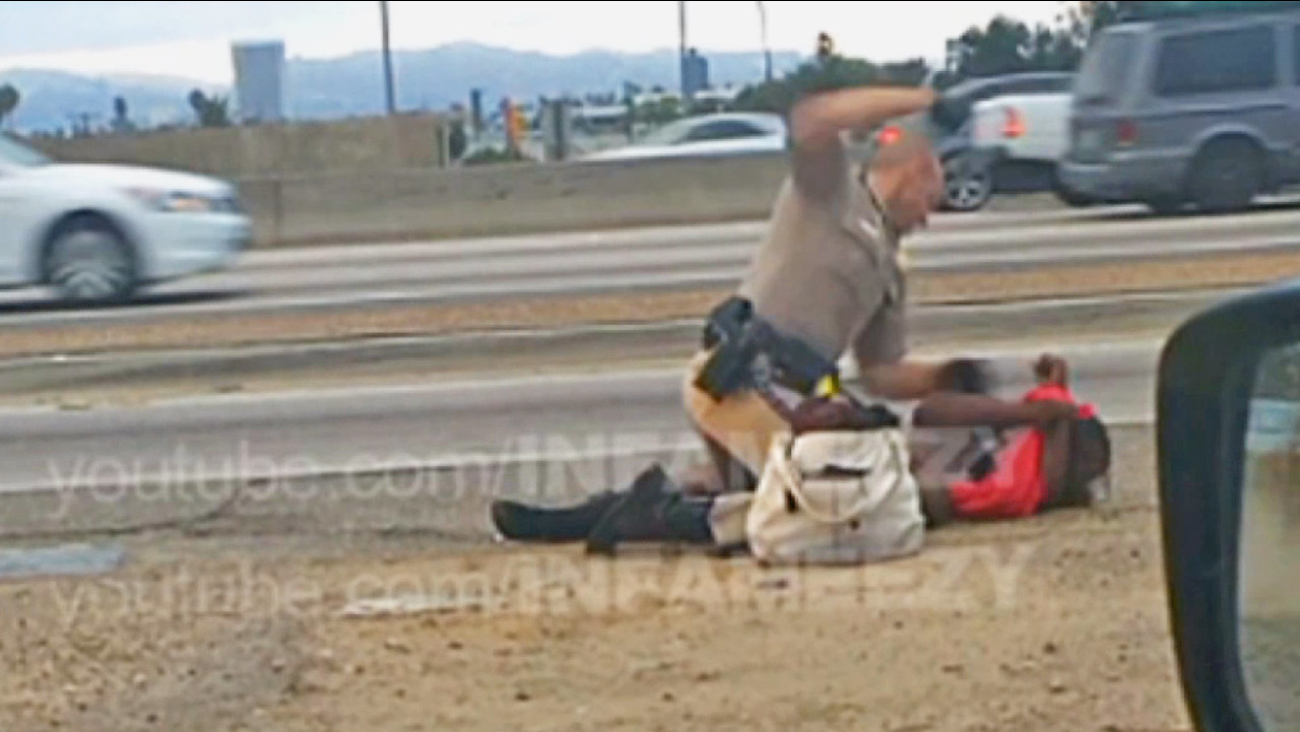 Driver records CHP officer punching woman
Unnecessary and excessive: That's what one man is calling a fierce encounter he captured on video between a CHP officer and a woman.
The CHP says Andrew was trying to prevent Pinnock from running into traffic lanes.