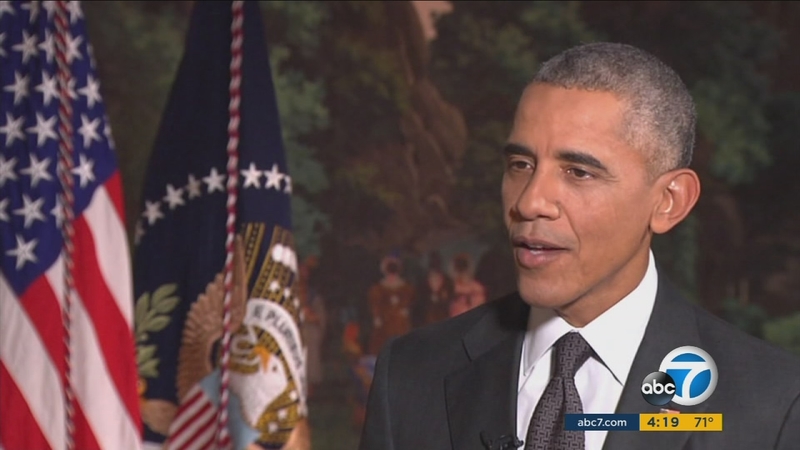 WASHINGTON (KABC) -- ABC7's David Ono sat down with President Barack Obama to discuss issues facing Southern Californians during an interview at the White House on Wednesday.

Obama invited Ono to meet in the Diplomatic Reception Room, the same room the two talked in four years ago.

The issues discussed four years ago included the debt ceiling, gay marriage and the economy. Wednesday's conversation focused around an issue that hits the core of every American: health care.

In particular, the discussion geared towards a large number of Southern Californians without health insurance. In fact, Long Beach is one of 20 U.S. communities the White House has identified as having a high percentage of eligible people who are uninsured.

"Heaven forbid you get a serious illness or there's a traffic accident in the family. You can lose your house, you can lose everything you've worked for. And right now, in California, you can get healthcare that is high quality for less than the price of your cellphone bill," Obama stated.

In fact, the White House said a 15 percent decrease in premiums on average have been seen in 2016. Last year, 88 percent of enrollees in California received a tax credit and eight out of 10 who enrolled qualified for financial help.

"Eighteen million people have already gotten healthcare that didn't have it before because of this law," Obama said.

The President said he hopes his Healthy Communities Challenge will inspire cities like Long Beach to get the word out. It's a message officials in Long Beach said they are trying to convey with their constituents.

"We're going out to make sure that people sign up. We want people to be insured," Long Beach Mayor Robert Garcia said.

As incentive, the community with the highest response by the Jan. 31st deadline will win a visit from Obama.