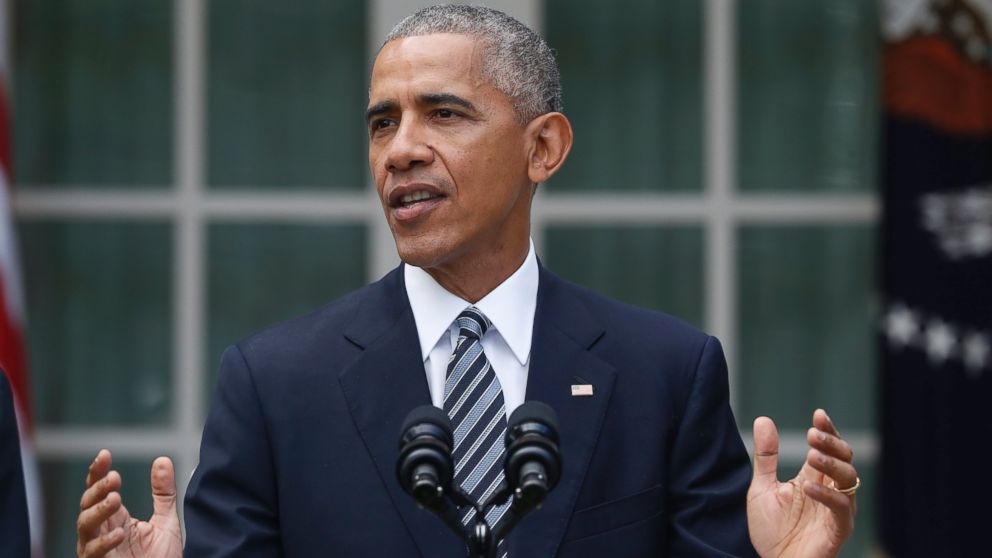 President Barack Obama today said he is ready to welcome President-elect Donald Trump to the White House to ensure a "successful transition between our presidencies."

"We are now all rooting for his success in uniting and leading the country," Obama said in a statement in the Rose Garden. "The peaceful transition of power is one of the hallmarks of our democracy, and over the next few months we are going to show that to the world."

In a phone call at around 3:30 a.m., Obama extended an invitation to Trump to meet at the White House on Thursday.

With Vice President Joe Biden at his side, Obama acknowledged the disappointment many are experiencing across the country in the wake of Trump's victory but said it's time for people to come together.

"Everybody is sad when their side loses an election, but the day after, we have to remember that we're actually all on one team. This is an intramural scrimmage. We're not Democrats first. We're not Republicans first. We are Americans first," he said.

Obama said he told his team to "keep their heads up" and encouraged people to stay involved even if they are discouraged by the outcome of the election.

"Sometimes you lose an argument. Sometimes you lose an election," he said. "We try really hard to persuade people that we're right, and then people vote, and then we lose. We learn from our mistakes. We do some reflection. We lick our wounds. We brush ourselves off. We get back in the arena. We go at it. We try even harder the next time."

White House press secretary Josh Earnest said in a statement that Obama called both Trump and Hillary Clinton after the results of the election early Wednesday.

"I could not be prouder of her. She has lived an extraordinarily life of public service," Obama said of Clinton. "I'm proud of her. A lot of Americans look up to her. Her candidacy and nomination was historic and sends a message to our daughters all across the country that they can achieve at the highest levels of politics."

As recently as Monday, Obama slammed Trump as "temperamentally unfit" to serve as commander in chief and raised concerns over his access to the nation's nuclear codes.

Thursday's trip will be Trump's first inside the White House and his first face-to-face meeting with Obama.

The morning after the election, Obama compared the presidency to a relay race.

"You take the baton, you run your best race, and hopefully, by the time you hand it off, you're a little further ahead. You made a little progress," he said. "I want to make sure that hand-off is well executed because, ultimately, we're all on the same team."
Related topics:
abc newsnational
Copyright © 2020 ABC News Internet Ventures.
More Videos
From CNN Newsource affiliates
TOP STORIES