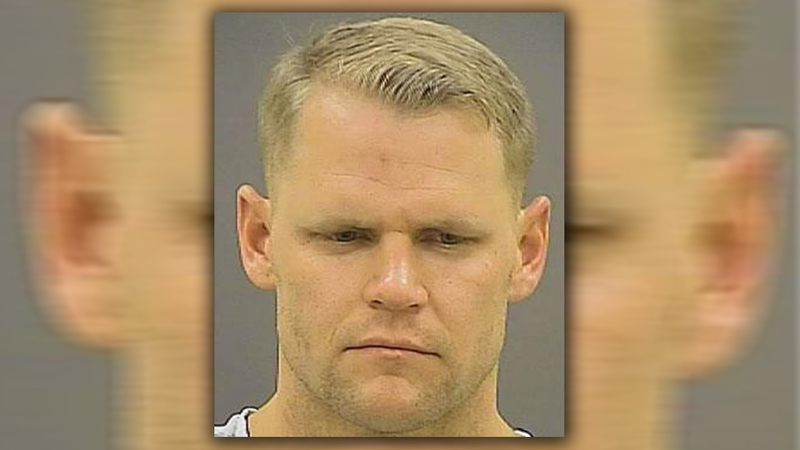 BALTIMORE, Md. -- A Maryland police officer has been suspended after being accused of biting another man's testicles during a fight outside a bar while he was off-duty on Cinco de Mayo.

Police say during the fight, the victim straddled Flaig to keep him from getting away and Flaig bit his testicles.

"The bitee actually got the better of him in the fist fight. After we broke them up is when he disclosed he'd been bitten in the testicles," witness Thomas Bourne told WBAL-TV. "He indicated he needed medical assistance. He was bleeding in his area after what happened."

When police spoke with Flaig, he was slurring his words, had bloodshot eyes and smelled like alcohol, charging documents indicate.

Anne Arundel County police spokesman T.J. Smith says Flaig, a 10 year veteran of the force, will be suspended and placed on administrative duties. Flaig didn't have an attorney listed in online court records.

Arundel County Police said in a statement to ABC affiliate WMAR-TV: "These charges are disturbing and we have an obligation as police officers to conduct ourselves in a professional manner on and off-duty. We will cooperate fully with the Baltimore Police Department as they conduct their investigation."

Suspect in custody after person stabbed in Los Feliz