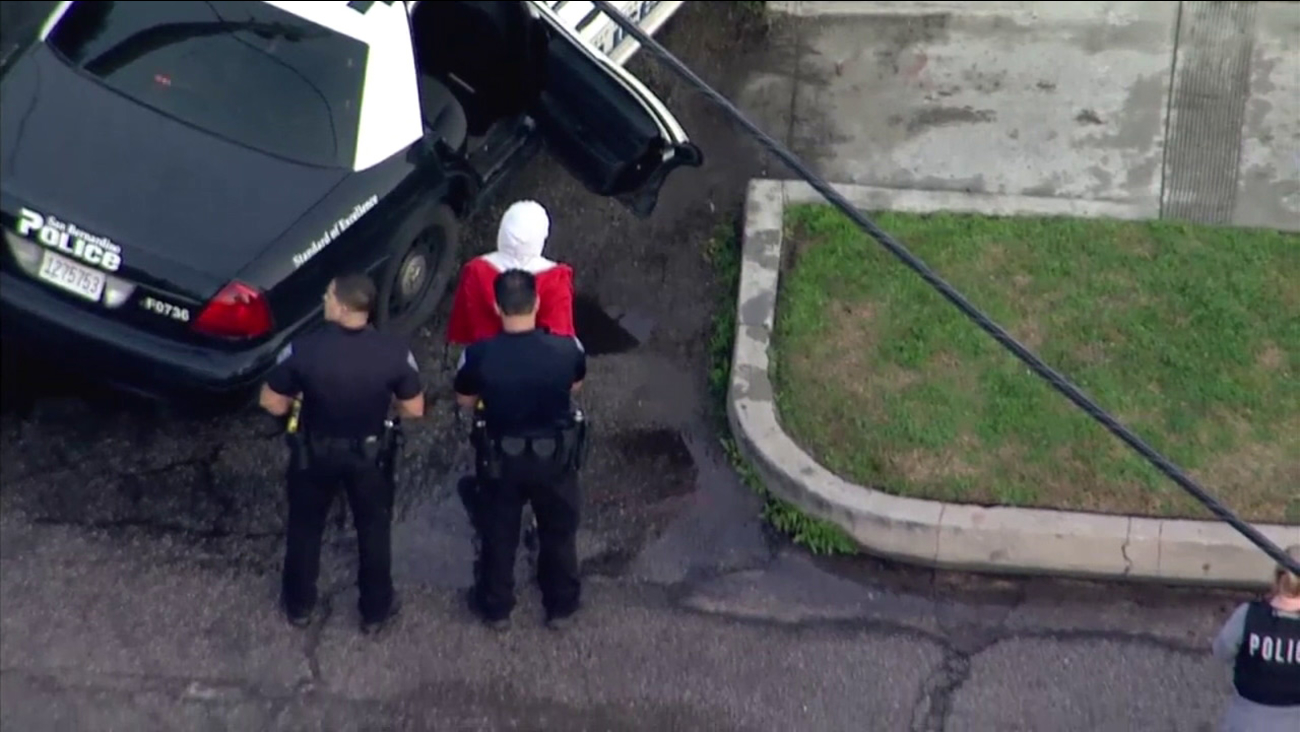 Authorities said the violence erupted just before 2 p.m. in the 4300 block of Mountain View.

Bullet holes riddled the suspect's car following the wild shootout which occurred in the middle of the street.

"We heard a series of five shots. They were rhythmic and rapid," witness Jonathan Albin described. "We heard a second burst of shots, again five shots, coming from somewhere to the right or south of us."

The suspects abandoned a vehicle a short distance away and tried to flee the scene.

One suspect was arrested and a second suspect was found at a hospital with multiple gunshot wounds.

Police said they believe a third suspect remained at large.