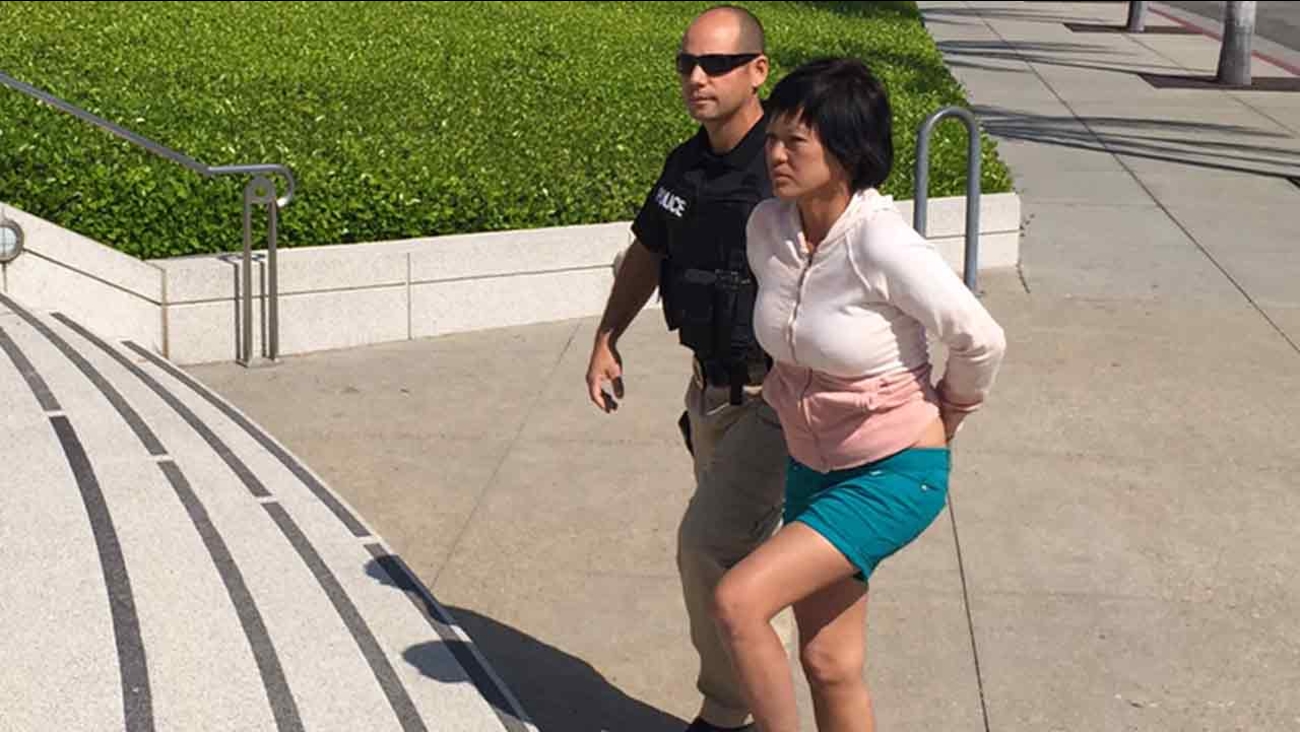 Trang Pham, 46, being taken into custody in Santa Ana, Calif. on Friday, March 18, 2016, for allegedly stealing Buddha statues from a temple.

SANTA ANA, Calif. (KABC) -- A woman accused of stealing Buddha statues from a Santa Ana temple has been arrested.

Authorities said 46-year-old Trang Pham was taken into custody around 11 a.m. on Friday in Santa Ana.

Pham was seen on surveillance video taking two statues in broad daylight on Feb. 26 from the temple in the 1900 block of W. 2nd Street.

The thief did not stop at two. A week later, the video showed her coming back and taking the last Buddha statue.

Each item was valued at approximately $1,000 each, according to the Santa Ana Police Department.

Pham was caught on camera throwing a bottle at a religious statue at a different Buddhist temple in 2015.

She was convicted of vandalizing a place of worship, and the court sentenced her to 268 days in jail and five years probation.