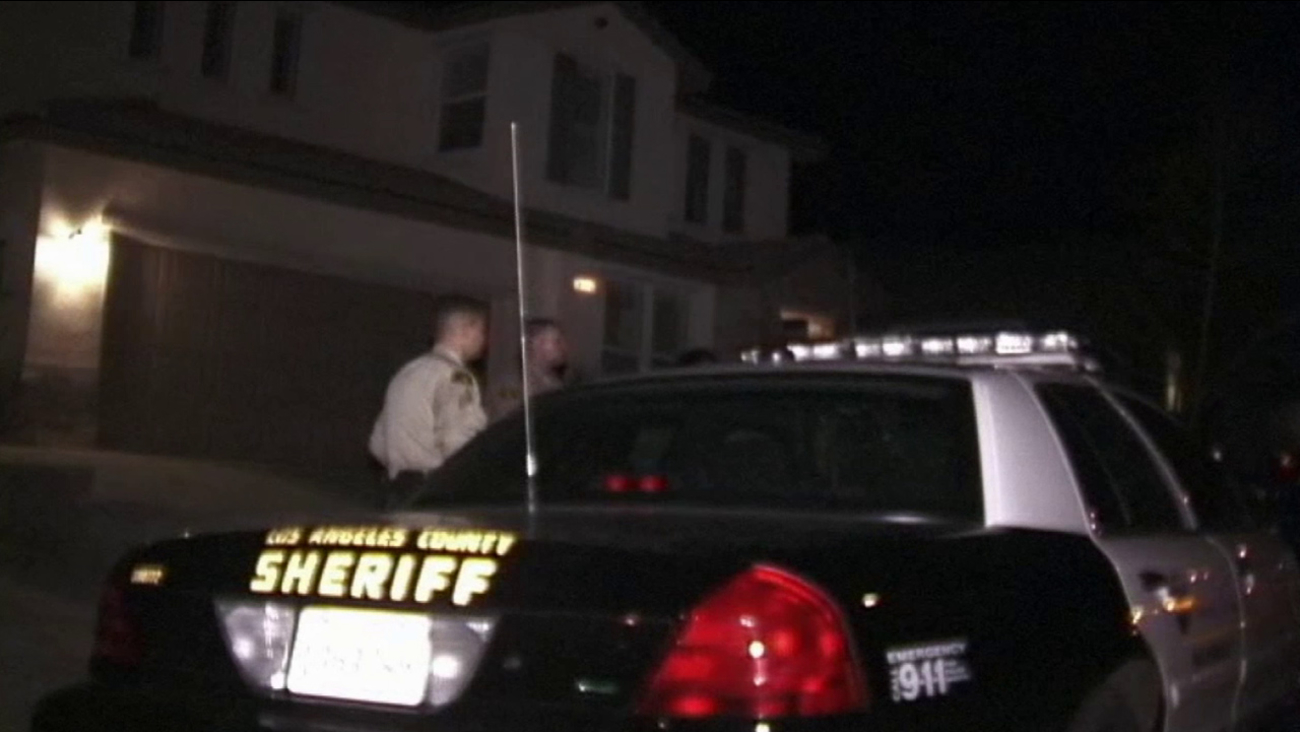 Los Angeles County sheriff's deputies respond to a call about a kidnapping and assault in Palmdale that turned out to be a hoax on Saturday, July 19, 2014.

KABC
PALMDALE, Calif. (KABC) -- A call reporting a kidnapping in Palmdale early Saturday morning that resulted in a massive response by the sheriff's department turned out to be a hoax.

An alleged woman called a sheriff's dispatcher at about midnight and said she had been kidnapped by two men, assaulted and then left at a Palmdale home.

Deputies surrounded and searched a house on 30th Street and Tournament Drive. But instead of kidnappers, they found a deaf couple and their kids living in the home.

One of the older children told investigators that an acquaintance from Australia likely made the call over Skype.

Deputies went "in my little brother's room at gunpoint, because they thought that was the room that the girl in question was being held," the teen said.

He added his acquaintance warned of the prank, but didn't say who would be the target.