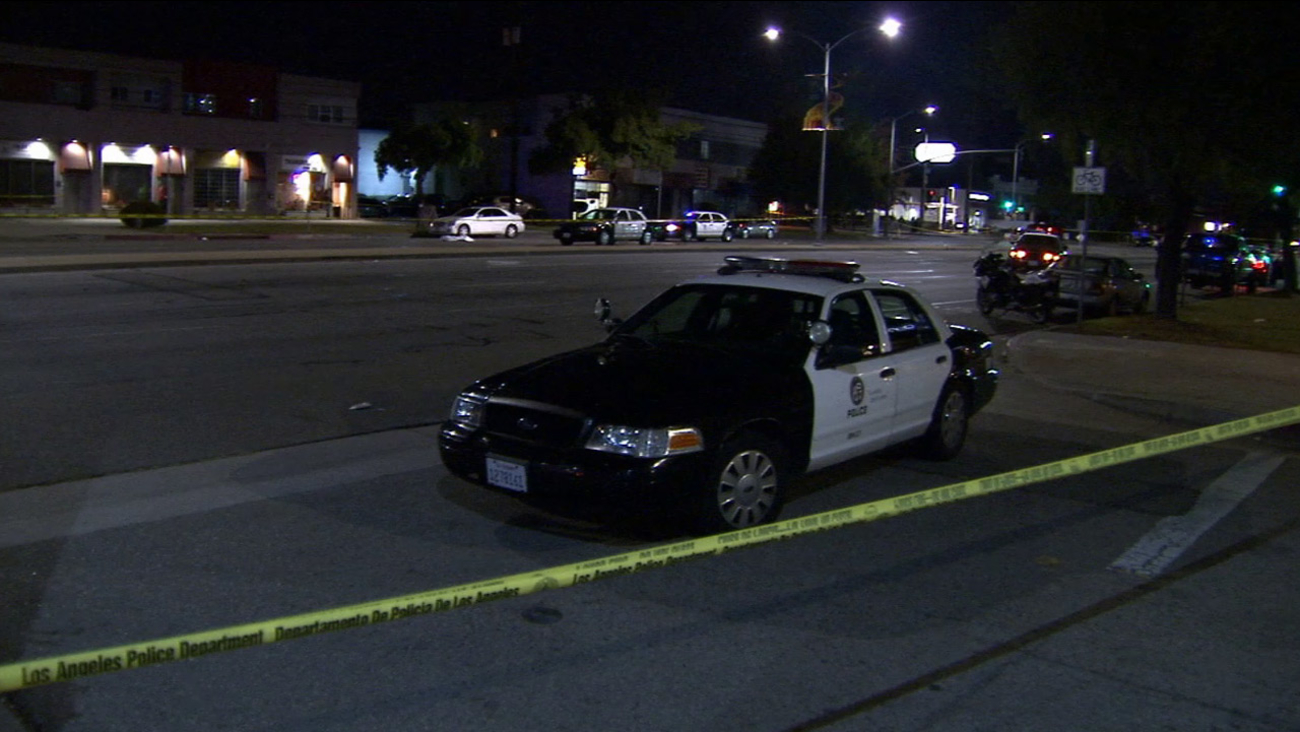 Authorities cordoned off Venice Boulevard near Hughes Boulevard after a man was killed in a hit-and-run in west Los Angeles on Sunday, Nov. 15, 2015. (KABC)

PALMS, LOS ANGELES (KABC) -- A pedestrian was killed after being decapitated in a gruesome hit-and-run crash involving a suspected car thief in Palms.

According to the Los Angeles Police Department, a pedestrian was walking alone around 8:40 p.m. Sunday and crossing northbound on Venice Boulevard near Hughes Boulevard when he was struck and killed.

Police on scene attempted to help the man, but he was pronounced dead at the scene.

Investigators said the vehicle responsible for the collision was traveling westbound on Venice Boulevard. The driver did not stop to render aid.

The suspect's car is described as a 2001 Maroon Buick LeSabre with the license plate 7KWC773. A mountain bike may have been attached to the top of the car or on the trunk. LAPD said the car was listed as stolen.