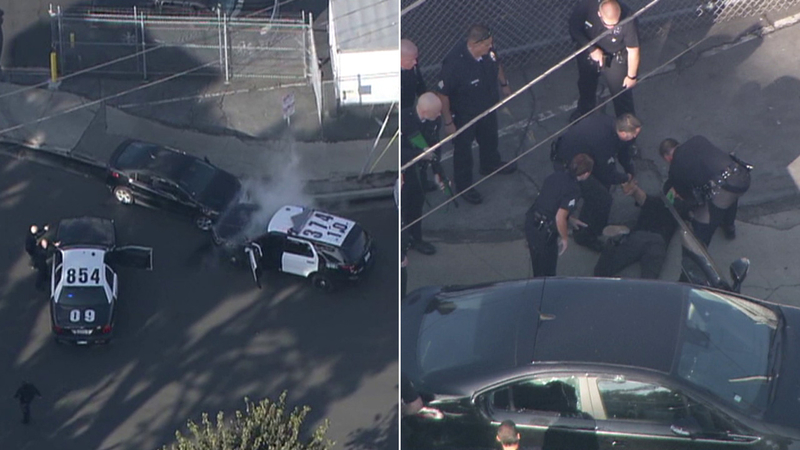 VAN NUYS, LOS ANGELES (KABC) -- Officers smashed windows and used non-lethal rounds after a suspect crashed into a cruiser during a police chase in Van Nuys on Monday.

The chase sparked at about 3 p.m. in the Sherman Oaks area and the suspect could be seen in a stolen Chevrolet Volt reaching high speeds on residential streets while swerving in and out of traffic.

After several close calls, the suspect became cornered in a cul-de-sac on Keswick Street near Burnet Avenue and was crashing into a police cruiser at about 3:45 p.m.

Officers broke out the windows to the car and fired non-lethal rounds at the suspect before pulling him out of the vehicle.

"Waited patiently for him to come out and to see if he would," Sgt. Megan Glaister with the Los Angeles Police Department said. "At some point he was trying to injure himself and at that point we stepped in and used non-lethal force and took him into custody without any incident."

The suspect was placed in handcuffs and paramedics were spotted at the scene treating him.