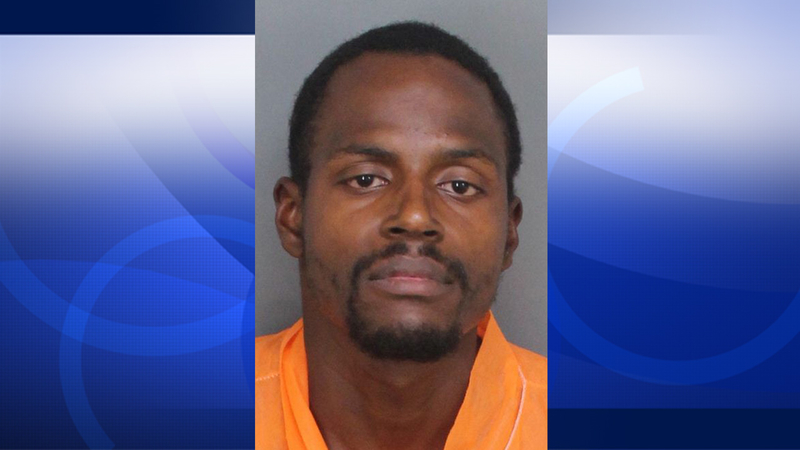 ONTARIO, Calif. (KABC) -- A woman checked into her room at an Ontario hotel Monday and was sexually assaulted by a man waiting inside, according to police.

Ontario police responded to the DoubleTree Hotel in the 200 block of North Vineyard Avenue at about 5:45 p.m. to investigate a sexual assault.

A 63-year-old woman told officers that she had just checked into her room when she was attacked by a man waiting inside. She said after tying up and sexually assaulting her, the suspect stole several items, including her checkbook, and fled the scene.

Investigators say they were able to quickly identify the suspect as Clifford Brown, 31, of Pomona with the help of hotel security. They say he was recently arrested on hotel property for trespassing.

Within six hours, a patrol officer spotted Brown in the 1200 block of East Holt Boulevard, authorities said. He was arrested and booked into the West Valley Detention Center on several charges, including sexual assault, false imprisonment, robbery and burglary. His bail was set at $1 million.

Police say they are still investigating how Brown gained access to the hotel room. They say he was not a hotel guest, nor an employee.

Some hotel guests in the area Eyewitness News talked to say they're cautious when going into any hotel room.

"Somebody might be behind the door, behind door number one, and you might not know who it is," said Daniel Villas. "Then what? That kind of stuff happens."

"I'm just grateful that it wasn't me. I'm like poor lady, I hope she's OK," said Heidi Provenzano. "I send my condolences to her, and I hope that she makes it through this. I'm glad he's off the streets."

The DoubleTree Hotel in Ontario released the following statement:

The safety, security and well-being of our guests and team members are of paramount importance to the DoubleTree by Hilton Hotel Ontario Airport. The hotel is fully cooperating with the Ontario Police as they conduct their investigation. Out of respect for the privacy of our guests, it is our policy to not offer further comment and we respectfully request that queries regarding the investigation be directed to the authorities.