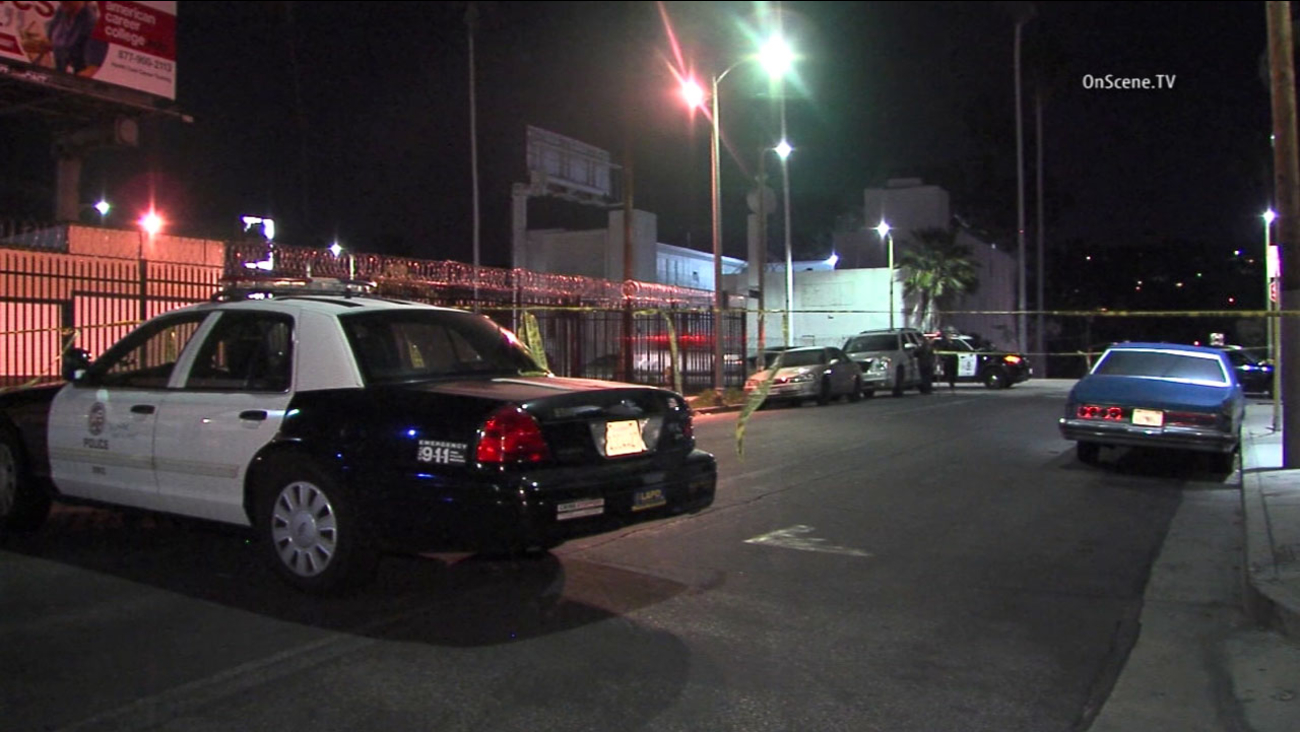 Detectives investigate the scene of a double stabbing in Silver Lake on Saturday, Feb. 20, 2016. (KABC)

SILVER LAKE, LOS ANGELES (KABC) -- Police are asking for the public's help tracking down two people suspected in a road-rage stabbing incident that left one man dead and another slashed in the hand Saturday night in Silver Lake.

The incident occurred shortly before 7 p.m. Saturday when four people apparently got into some kind of confrontation, possibly related to road rage, in the 3000 block of Griffith Park, Los Angeles police said.

The second victim flagged down a police officer and both victims were brought to a local hospital. The man who was stabbed in the chest, who later died, was identified as 22-year-old Omar Ruben Norato.

Police described the first suspect as a white male, about 20 to 25 years old, wearing a white shirt or sweater and black baseball cap. With him was an African-American woman with long black hair, wearing parachute-type pants and a sleeveless shirt.

They were driving an older black Toyota 4-Runner with a shattered passenger window.