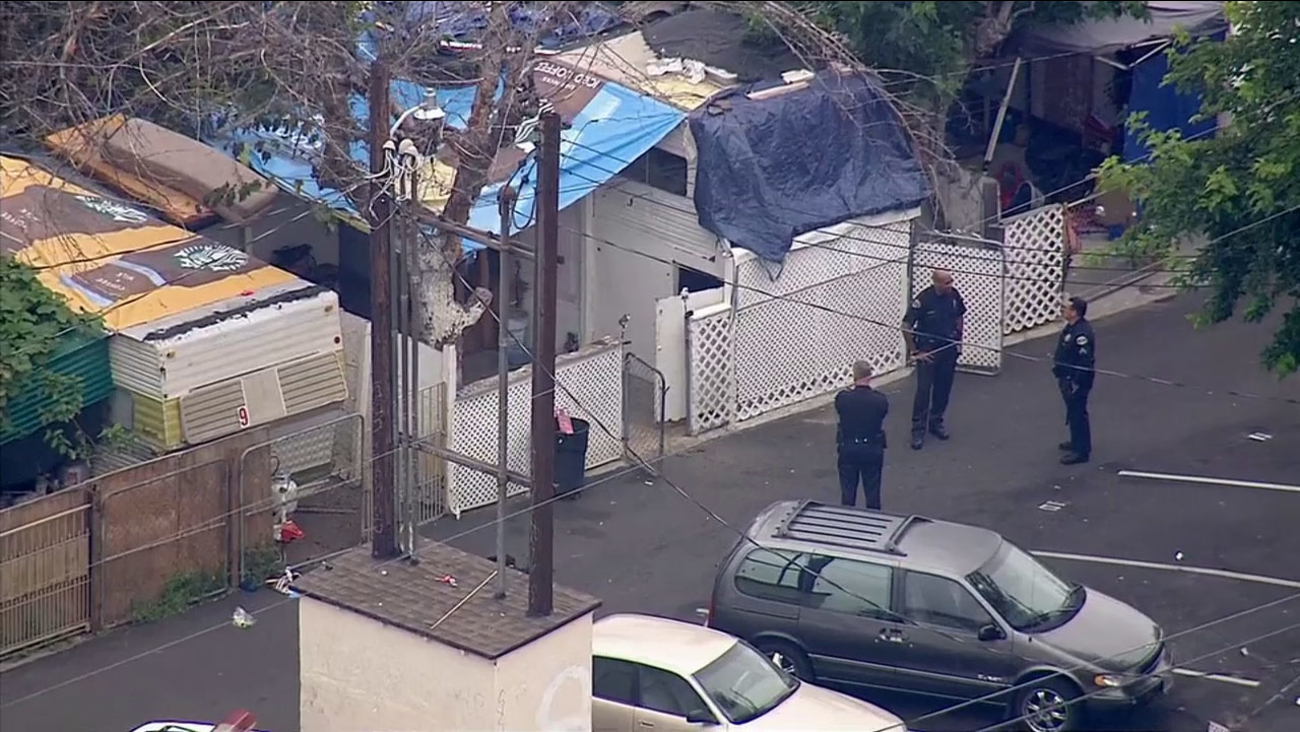 Police investigate a fatal shooting in Pomona on Tuesday, May 26, 2015.

KABC
By ABC7.com staff
POMONA, Calif. (KABC) -- One person was killed and two others were injured in a shooting in Pomona on Tuesday morning.

Authorities responded to multiple 911 calls regarding shots fired in the 1000 block of East Mission Boulevard at around 7:30 a.m. One man, whose name has not been released. was declared dead.

Two other people, identified only as 19-year-old men, were taken to a local hospital, where they are expected to survive.

The incident is believed to be gang related, police said. The victims were sitting in a vehicle in the parking lot of a trailer park when the gunman opened fire.

A suspect description was not available. No one has been arrested.
Related topics:
pomonalos angeles countyhomicide investigationshooting
Copyright © 2020 KABC-TV. All Rights Reserved.
More Videos
From CNN Newsource affiliates
TOP STORIES