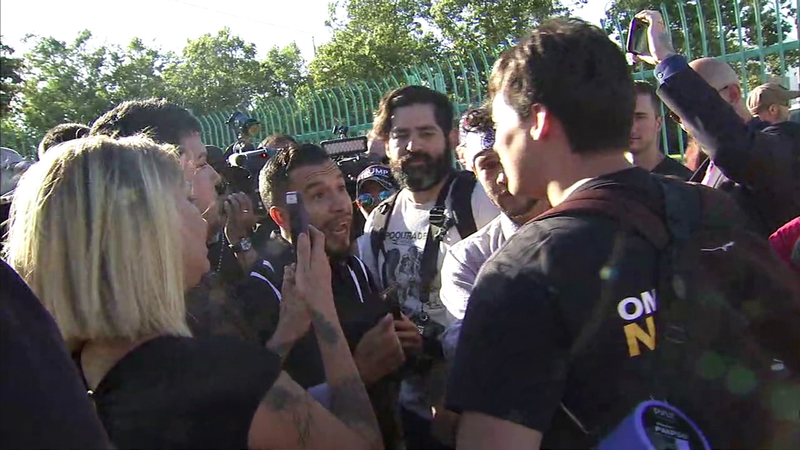 CUDAHY, Calif. (KABC) -- Protests got heated during a meeting Monday night about sanctuary city status in Cudahy and immigration rights.

Los Angeles County sheriff's deputies were on standby outside the gathering as city residents and a group of protesters clashed.

Emotions ran high as opposing groups traded insults and screamed at each other before the meeting. During the meeting, the debate was heated as well, but 38 sheriff's deputies kept things from getting out of hand.

Counter-protesters claimed a group known as American Children First have disrupted council meetings in the past due to Cudahy's sanctuary city status, and they were back Monday night.

The counter-protest group called members of the community to gather and defend the city's status in a non-violent manner.

Mayor Chris Garcia said Cudahy is safer as a sanctuary city because people are more willing to report crimes without being afraid of being questioned about their immigration status.

"We're going to remain a sanctuary city, whether people like it or not," Garcia said. "It has made us one of the safest cities in California. This year we topped 45. We were 140 four years ago."
Report a correction or typo
Related topics:
cudahylos angeles countysanctuary citiespresident donald trumpimmigration
Copyright © 2021 KABC-TV. All Rights Reserved.
More Videos
From CNN Newsource affiliates
TOP STORIES