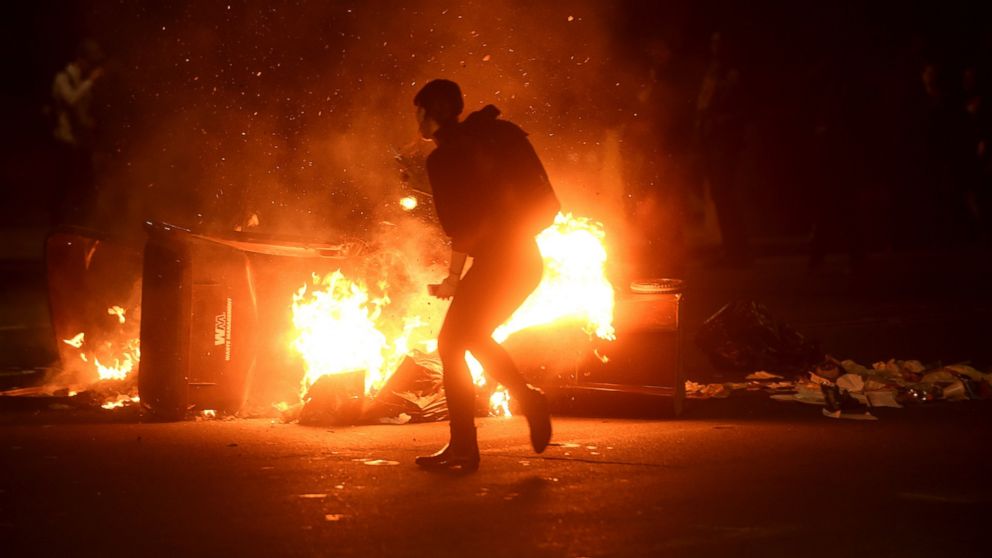 Protests erupted across California early this morning after Donald Trump was projected to be the next president of the United States.

Although there were protests elsewhere in the country - including Washington, D.C. - because of the late hour when the projection was made, the West Coast appeared to have the most activity.

In Oakland - where police said 60 to 70 protesters gathered in the city's downtown - a female protester who was blocking traffic suffered major injuries after being hit by a car on Highway 24, California Highway Patrol spokesman Sean Wilkenfied confirmed to ABC News.

Protesters - who were met by police officers carrying long batons and wearing helmets, gas masks and other riot gear - set small fires on the street as well.

KGO-TV reported that "a small number of arrests for disobedience and vandalism" were made, according to police.

In Southern California, dozens of students at UCLA took to the campus and nearby streets chanting "F--- Donald Trump," among other disparaging comments, according to KABC-TV in Los Angeles. Officials said 1,500 to 3,000 students marched through the campus.

Below, video from UCLA of a protest:

At the University of California at Santa Barbara, students marched through campus chanting, "No more Trump! No more Trump!"

Below, a video posted by a student protester:

Below, a protest at San Jose State University:

A protest at the University of California at Berkeley, below:

At the University of California at Irvine, demonstrations took place on campus, with students gathering at a university shopping center and then traveling across the campus.