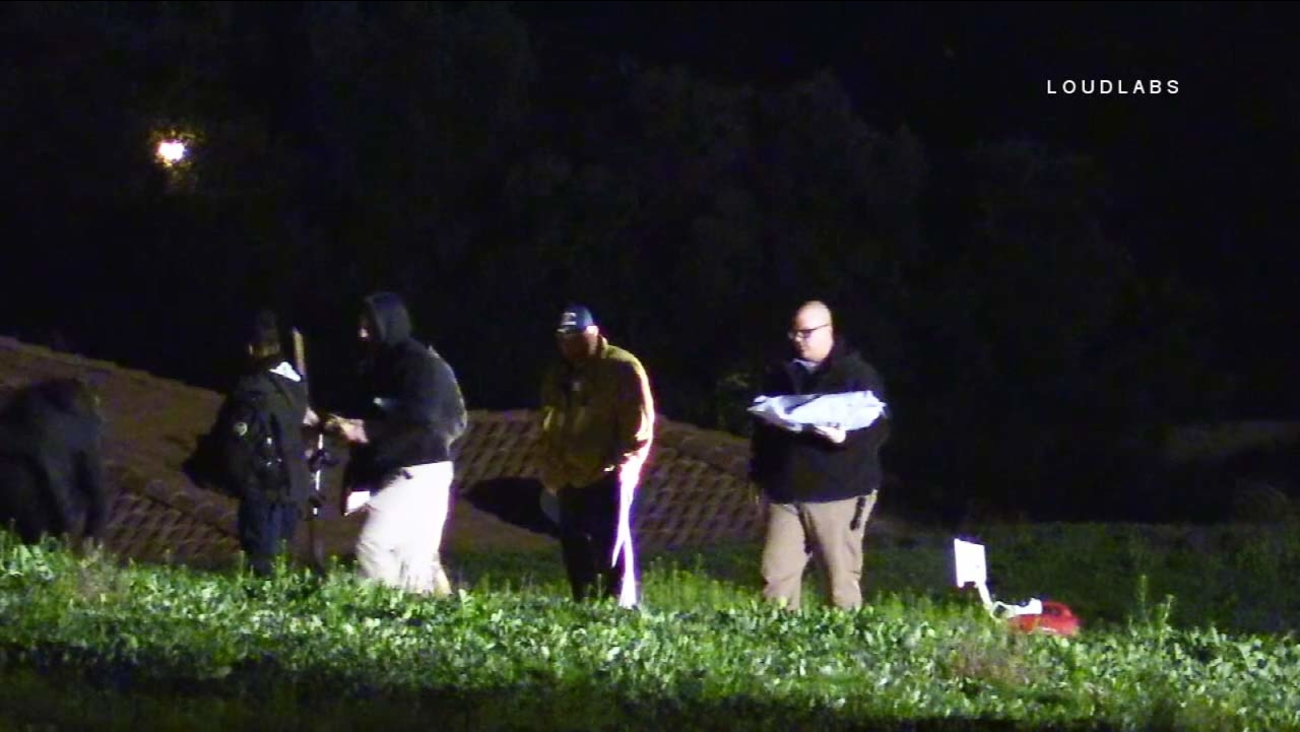 Riverside police officers are seen at a field, where possible human remains were found on Thursday, Jan. 5, 2016.

RIVERSIDE, Calif. (KABC) -- Remains of a newborn were found in a Riverside field, and a transient woman claims they belong to a premature baby she had a year ago that died around the time of delivery.

The woman, whose identity was not revealed, gave birth to a healthy baby recently at a local hospital.

While speaking with Child Protective Services, the woman divulged that she gave birth to a premature baby about a year ago, but the infant died at birth or shortly thereafter.

The woman told the CPS official that she and the baby's father buried the deceased baby nearby. CPS contacted police, but by the time officers arrived, the woman had been discharged from the hospital.

On Thursday, detectives located the woman, who told them where the baby's remains were buried - in an open field along the 5800 block of Central Avenue directly behind the Riverside Municipal Airport.

Investigators were able to locate the infant's remains around 11 p.m. The cause and approximate date of the baby's death are pending the coroner's investigation.

Police said the woman and the father of the child will be given assistance and resources as the investigation continues.