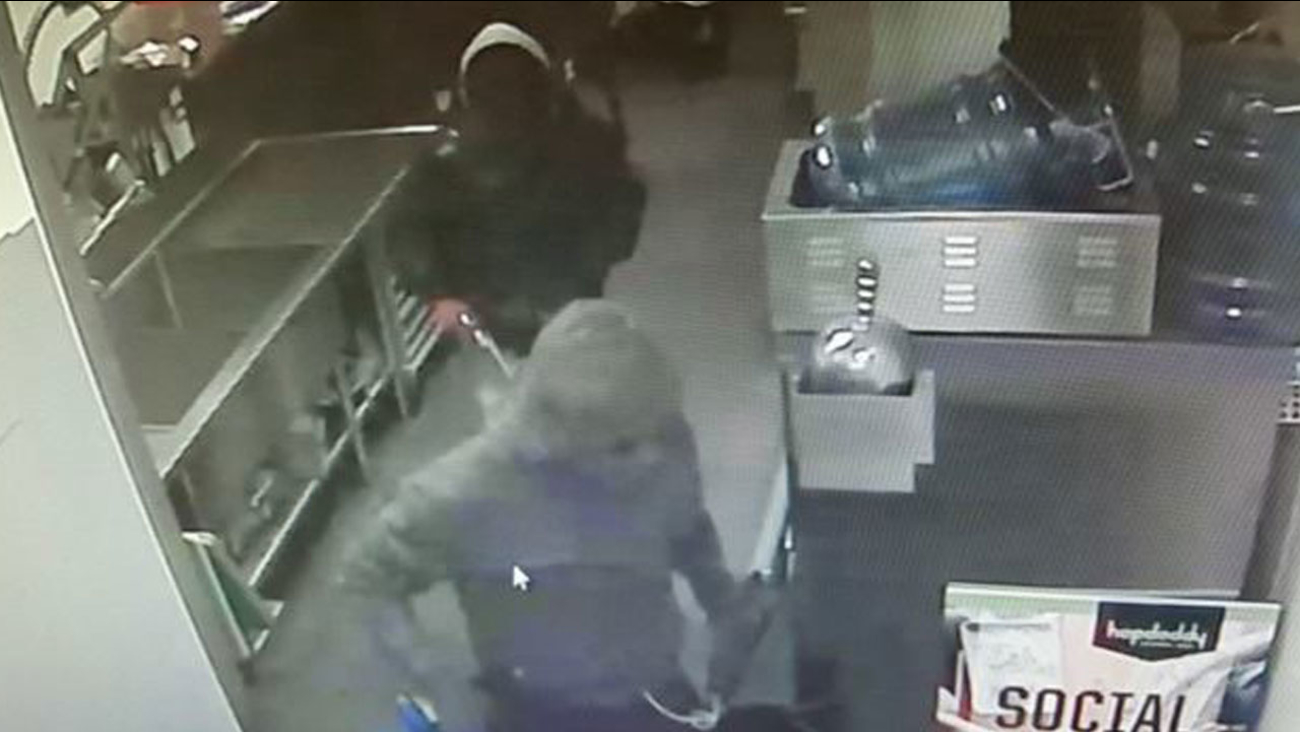 A robbery suspect who remains at large after evading arrest by El Segundo officers is shown in surveillance footage from Monday, April 4, 2016. (KABC)

Around 12:40 a.m., El Segundo police officers responded to the 800 block of South Sepulveda Boulevard on reports of an armed robbery.

Two suspects wearing ski masks robbed the business using a silver handgun and fled the location with a large sum of cash and an employee's cellphone.

While heading to the call, a K-9 officer saw three suspects running northbound down Sepulveda at Hughes Way. Two of the suspects were quickly taken into custody, but the third was able to evade capture.

Officers recovered the stolen cellphone, cash and the masks worn in the robbery. Authorities said the third suspect is a black man who was last seen wearing gray clothing.