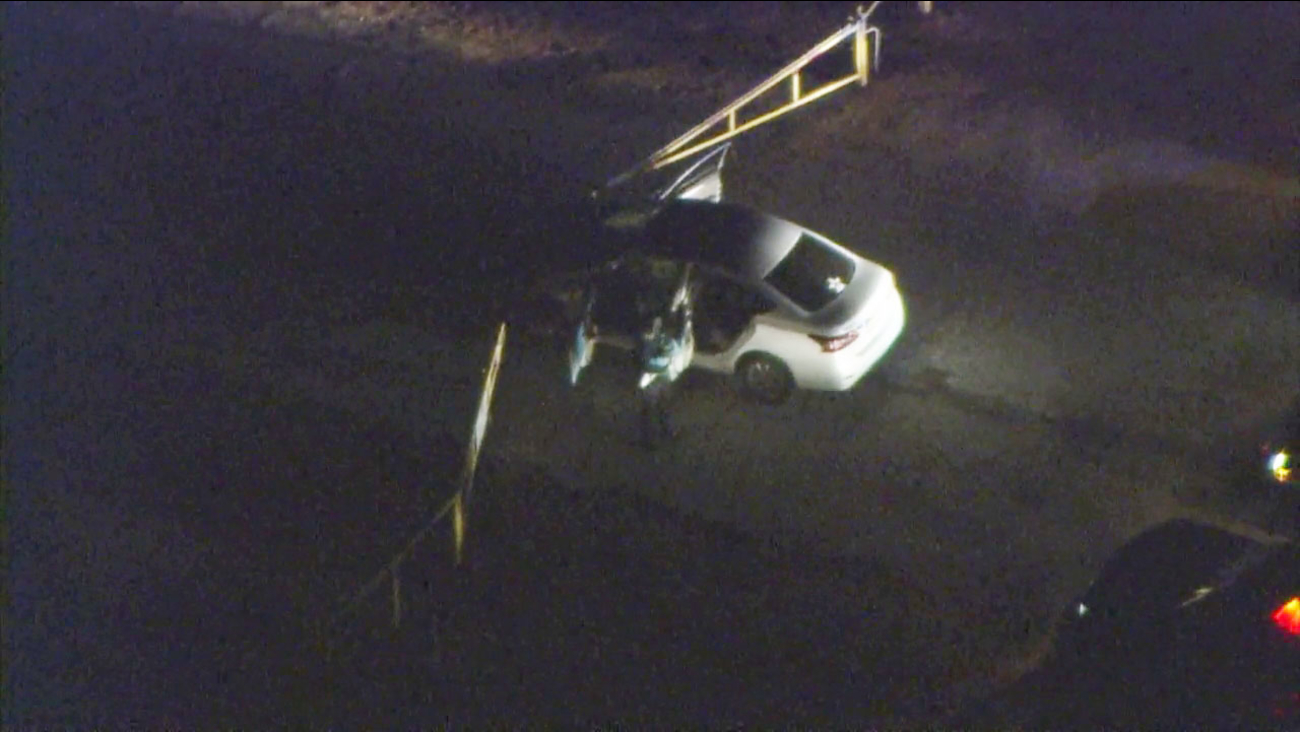 A woman exited a vehicle with a baby in her arms after a high-speed chase from Santa Clarita to Palmdale.

PALMDALE, Calif. (KABC) -- Three suspects led Los Angeles County sheriff's deputies on a high-speed chase from Santa Clarita to Palmdale as they carried a baby in their car.

The suspects were wanted for a robbery, officials said. The chase began in the Santa Clarita area, winding up the 14 Freeway at speeds up to 90 mph to the Antelope Valley.

They continued driving fast on surface streets, at one point reportedly throwing objects out the window as they drove.

By the end of the chase they were driving the Toyota Corolla at slow speed on damaged wheels that were throwing up sparks.

The pursuit ended on a dirt road when the Corolla crashed into a gate at Desert Lawn Memorial Park.

After a few minutes the occupants surrendered.

The female driver exited the vehicle with a baby wrapped in a blanket. Deputies took custody of the child as the suspects were arrested.