San Bernardino Attack Leads to Questions on Another Marriage 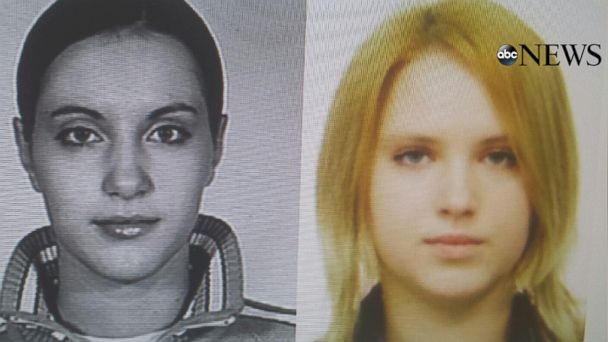 The FBI is investigating whether the marriage between the San Bernardino killers was a cover for long-planned jihad, as other questions have been raised about another suspect nuptial and the potential abuse of the government's visa program.

Asked today by lawmakers if the marriage between Syed Rizwan Farook and Tashfeen Malik, who together killed 14 people at an office holiday party last week, could have been arranged by a terror group or was simply a meeting of radical minds, FBI Director James Comey said, "I don't know the answer to that... It would be a very, very important thing to know."

Farook and Malik's marriage isn't the only one garnering suspicion. In the midst of the investigation into Farook's family, new details have emerged about the use and possible abuse of the government marriage citizenship program involving Enrique Marquez, the man who officials told ABC News originally bought two of the weapons used in the San Bernardino attack.

Just the day before the armed assault on a room of defenseless office workers, Marquez was lamenting to a friend about his troubled "marriage."

"There's always that one person that goes further to make the other one happy," Marquez said then, according to his friend Viviana Ramirez. "He says it was more like codependency."

Among the many peculiar aspects in the life of 24-year-old Marquez -- beyond the punk rock lover's sporadic appearances at a local mosque, his apparent inability to hold down a job and his possible decision to purchase assault rifles for a man who apparently didn't want his name on a gun registry -- was Marquez's marriage to Mariya Chernykh.

Chernykh, 25, moved from Russia to the United States in 2009, joining her sister Tatiana, who is married to Syed Raheel Farook, the brother of San Bernardino shooter Syed Rizwan Farook. California man Vram Kupelian said he dated Chernykh for more than a year around the time she moved to the U.S. Both worked at the Montebello Mall - Chernykh sold cell phone cases at kiosks, a business owned by Tatiana, according to state records.

Kupelian said Chernykh initially came to U.S. to visit her sister, but decided to stay because she liked living in America.

How Chernykh was introduced to Marquez is unclear, but when Chernykh submitted a citizenship application after she and Marquez signed their marriage license, it was Syed Raheel Farook who stepped in and vouched for Marquez, saying he would have the financial means to support his new wife.

Other than the marriage certificate Marquez and Chernykh signed on Nov. 29, 2014, however, there is very little evidence that the two were a real married couple, according to friends, public records, and a review of social media accounts.

Chernykh shared an address not with Marquez, but with another man, Oscar Romero, according to public records. Chernykh and Romero posed frequently in photos together with a baby girl, whom they refer to as their daughter, until just two months before Chernykh's marriage to Marquez when all mention of Oscar Romero disappears from Chernykh's page. Chernykh took Romero's name, calling herself Maria Romero on Russian social media sites, even after the marriage. And Romero referred to her as his wife on one of his social media accounts. Chernykh's social media page was taken down after ABC News reached out for comment for this report.

Michael G. Stone, a friend of Marquez's from the local punk rock scene, told ABC News that Marquez told him he was married, but Stone never met the wife. "It was like an arranged marriage," he said.

Viviana Ramirez told ABC News that Marquez had said he met Chernykh through a friend, but beyond that, he really wouldn't talk about the marriage. "Whenever he would talk about it, he would look sad," Ramirez said. "He never really talked about her or brought her around, but it just didn't seem like it was going in a positive direction."

Bernard Wolfsdorf, an immigration lawyer based out of Los Angeles, said the unusual circumstances surrounding Chernykh's marriage to Marquez would likely attract the interest of immigration authorities.

"Most of these officers are really good at spotting fake marriages," Wolfsdorf said.

Wolfsdorf said authorities would be looking for evidence of shared bank accounts and joint finances between Chernykh and Marquez, and at online evidence that the two were actually together.

"They like to see photographs and pictures, 'Here we are going on holiday together; Here we are at my mother-in-law's house for Thanksgiving, Christmas,'" he said.

Friends of Marquez said they believe that is a relationship he was craving, but did not have.

"The last time I heard from him was Tuesday night I believe," Ramirez said, referring to the night before Farook and Malik's attack. "He messaged me... about relationships. How one person loves the other one more than -- you know, it's more one-sided than them together. Does that make sense?"

Another friend, who declined to be identified, told ABC News that Marquez seemed to "genuinely care about her and her child."

As for the killer couple themselves, Farook and Malik were married in the eyes of U.S. law in August 2014 after Malik entered the U.S. on a so-called fianc visa a month before, but international officials and family friends indicated they could have been married abroad previously. Comey said earlier in his testimony that the two could have been radicalized, separately or together, by the end of 2013. A family friend of Malik in Pakistan previously told ABC News the couple met through family members as early as 2009, but an attorney for Farook's family has said the couple found each other online and only met in 2013.

Both Cherynykh sisters and Romero did not respond to request for comment left on voicemail and through social media.

[Correction: Due to an error introduced in the editing process, a previous version of this report identified one of Enrique Marquez's friends by the wrong name. He is Michael G. Stone. This report has been updated.]