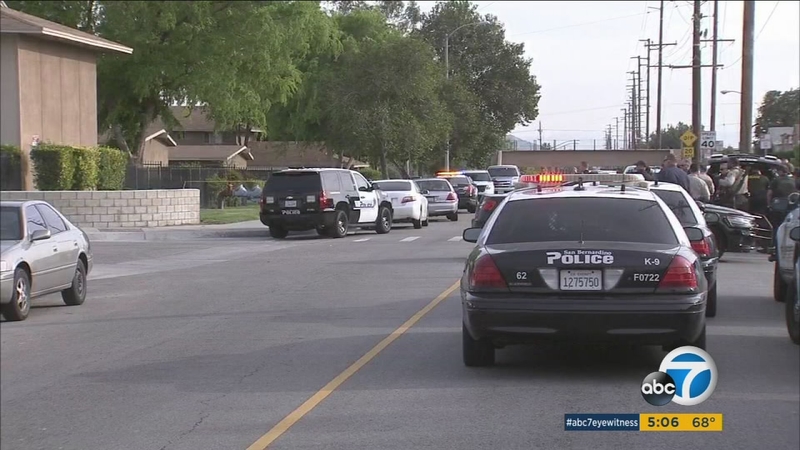 San Bernardino police searching for suspect who shot at officer

SAN BERNARDINO (KABC) -- San Bernardino police are looking for a suspect who shot at, but did not hit, a police officer.

The community services officer was filling out paperwork on a stolen vehicle as he waited for a tow truck around 2:15 p.m. when someone began shooting at him, police said.

He is a civilian who had no weapon to return fire. The officer was not injured, but his marked car was left riddled with bullet holes and smashed glass.

He jumped into the vehicle and sped off, calling for backup. Several law enforcement agencies responded and shut down the intersection of Second Street and Meridian Avenue as they searched for the armed suspect.

They also locked residents out of a nearby apartment complex for about three hours as they went door-to-door searching for the suspect with dogs and a SWAT team.