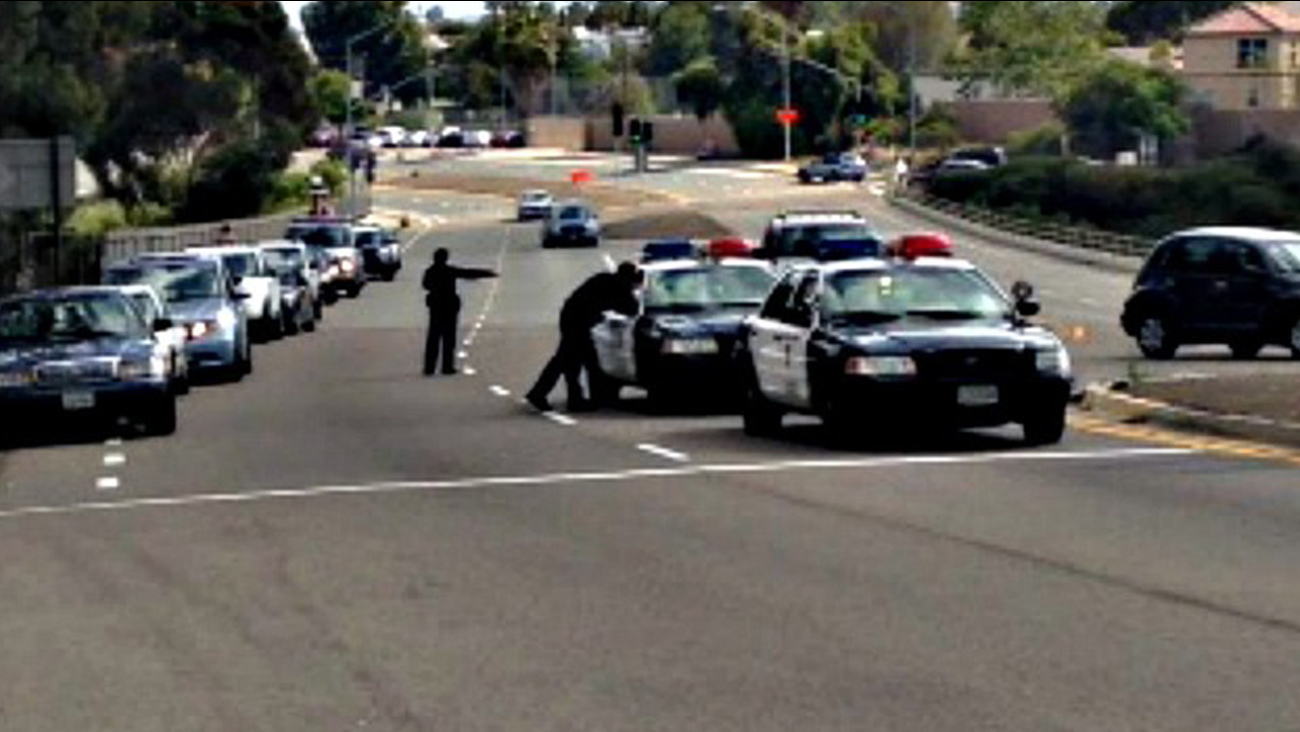 KABC
By ABC7.com staff
SAN DIEGO, Calif. (KABC) -- A San Diego police officer was shot in the chest Sunday morning during a shootout with a suspect following a high-speed chase.

The chase began at about 7:40 a.m. in Kearny Mesa and ended when the suspect bailed out of a silver jeep on the 163 Freeway near the 805-163 interchange.

A foot chase ensued and that's when police say the suspect began firing his handgun at officers. The suspect was shot and killed by police. His identity has not yet been released.

His car may have been linked to a series of shootings aimed at buildings in the area, including the headquarters of the San Diego Gas & Electric Company.

The female officer, a five-year department veteran, is in good spirits and is expected to recover.

KGTV contributed to this report.