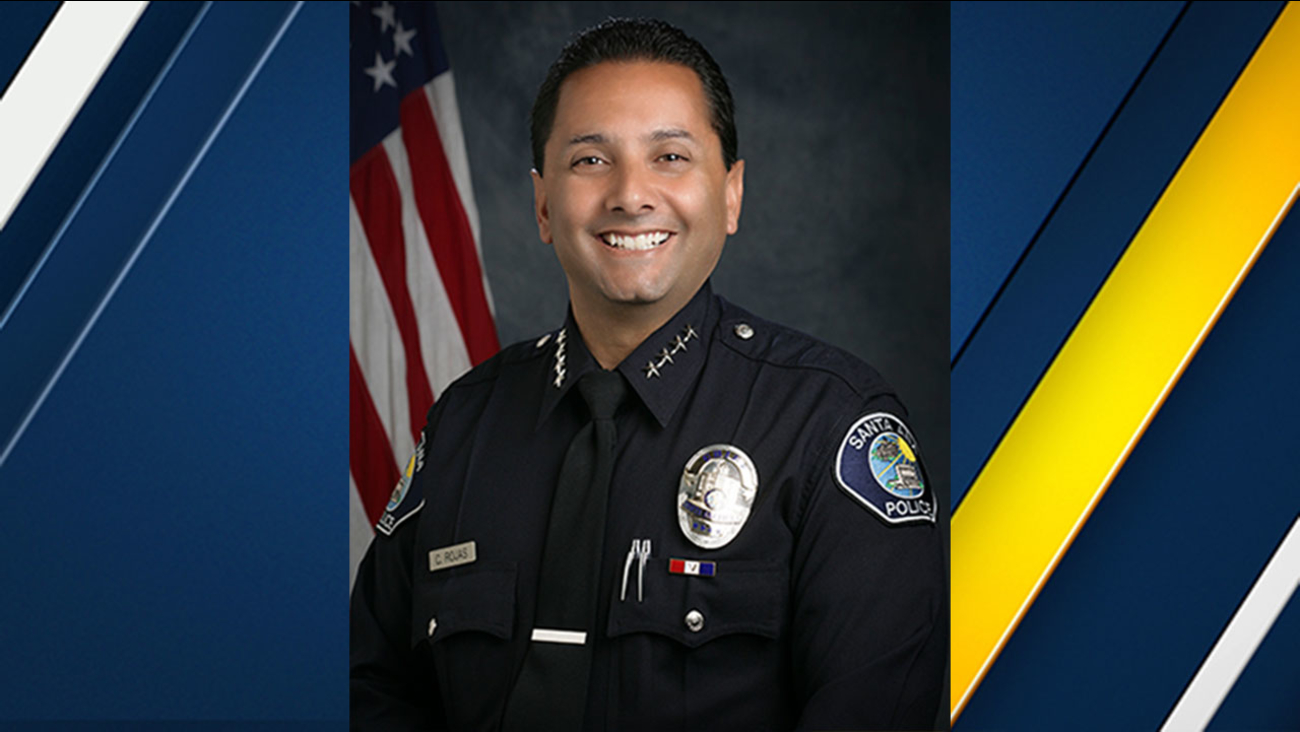 Sana Ana Police Chief Carlos Rojas is resigning as of June 9 to take a position with another agency. (Santa Ana PD)

SANTA ANA, Calif. (KABC) -- Carlos Rojas, the police chief of Santa Ana for the last three years, has resigned to join another agency, he said Thursday.

Rojas started with the department as a patrol officer in 1990 and rose through the ranks, becoming chief in May 2014.

"For over 27 years, I have had the privilege and honor to serve the business owners, residents and all community members of this wonderful city," Rojas wrote in a memo announcing his resignation.

He said his last day would be June 9.

His resignation comes amid criticism from some elected officials over a recent rise in gang shootings and questions about the department's leadership.

The Santa Ana Police Officers Association had announced plans for a "no confidence vote" against Rojas.

SAPOA president Gerry Serrano thanked Rojas for his service and called for the city to hire a new chief who can work on new strategies to make the city safer.