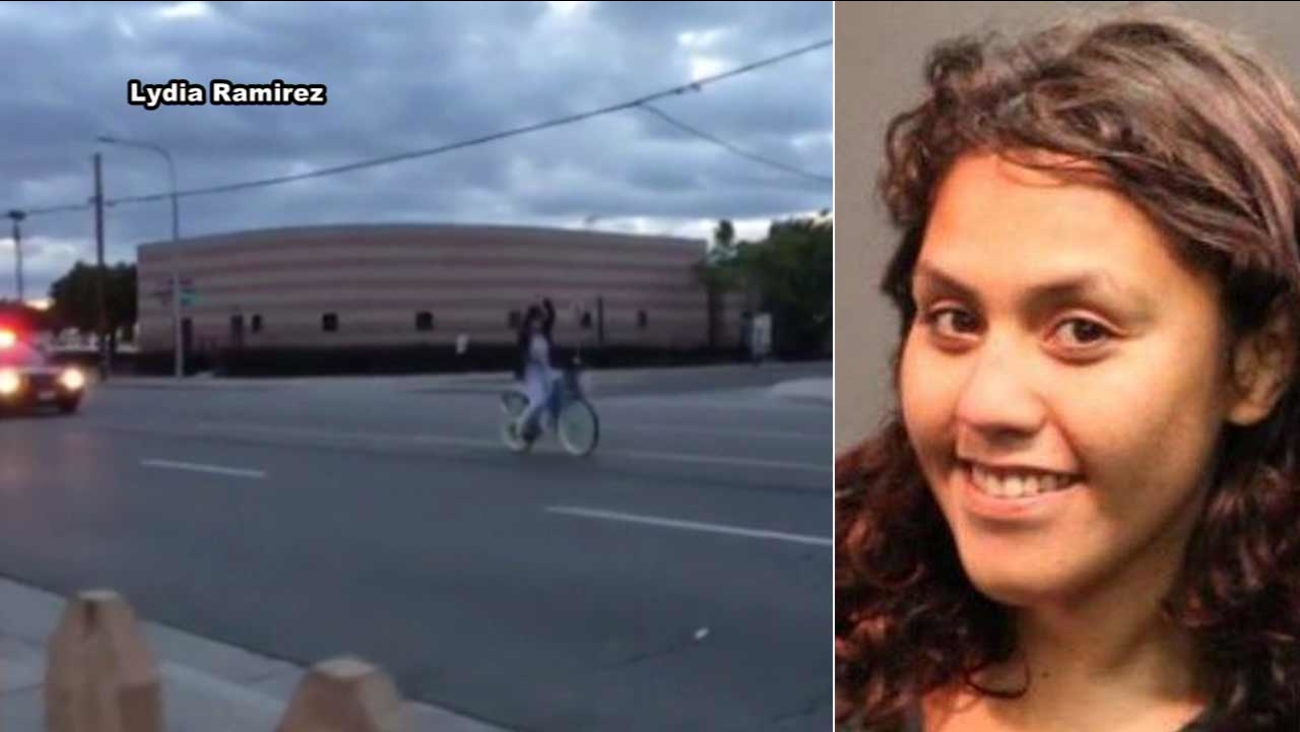 Alma Ramirez, 27, is seen on a bicycle being followed by police, left, and in a previous booking photo from a separate incident, right. (Lydia Ramirez / Santa Ana Police Department)

SANTA ANA, Calif. (KABC) -- A woman who was shot by police after being sought for multiple stabbing attacks and an attempted carjacking in Santa Ana has been identified.