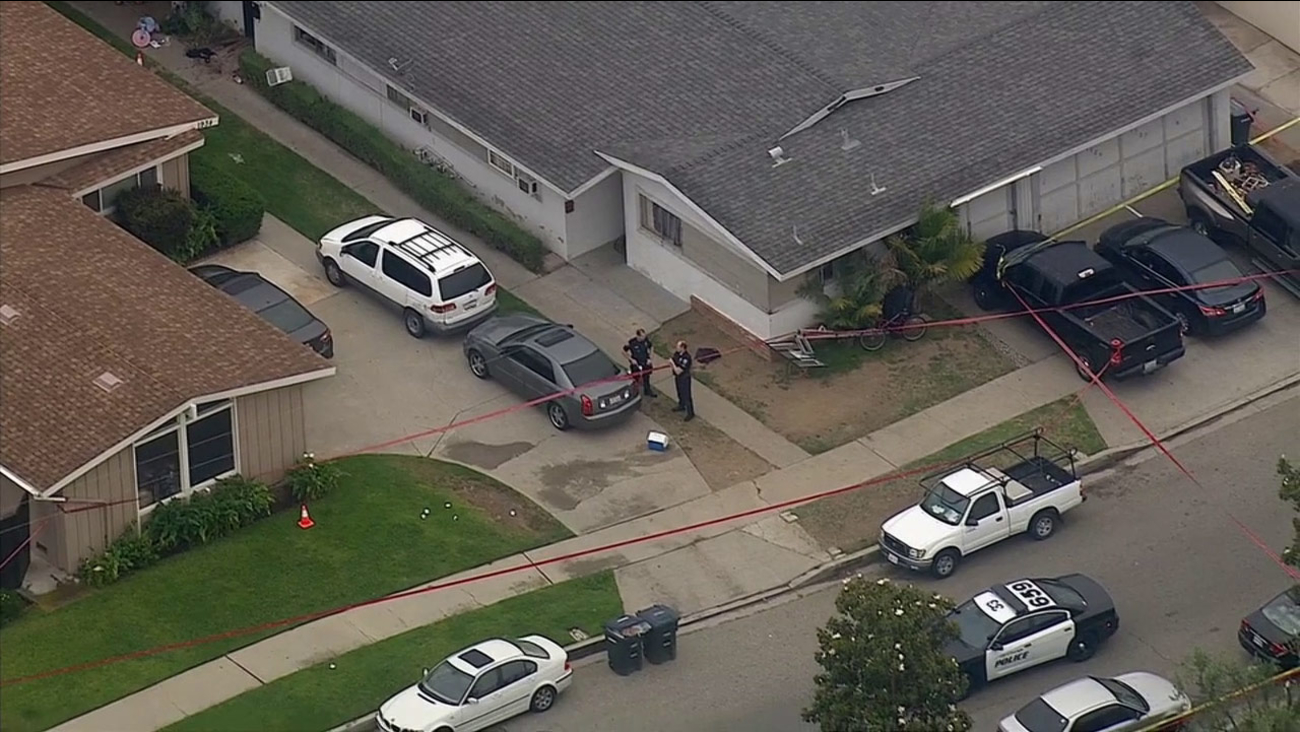 Police investigate following an officer-involved shooting in Orange on Thursday, May 28, 2015.

KABC
By Hanna Chu and Eileen Frere
ORANGE, Calif. (KABC) -- A shooting suspect was wounded in an officer-involved shooting in the city of Orange early Thursday morning.

A pool of blood was seen outside the door of a residence.

Police responded to a call about a man threatening residents with a gun in the 1900 block of East Rose Avenue at 4:25 a.m. When officers arrived, they had a confrontation with the suspect, who was armed and would not comply to their orders.

An officer-involved shooting occurred outside an apartment, and the 23-year-old suspect was taken to a local hospital with a non-life-threatening injury. No officers were injured.

A 22-year-old gunshot victim was found inside the apartment. He was taken to a local hospital and was expected to survive.

Police believe the victim was shot by the wounded suspect, but it's unclear when the shooting happened. Neighbors said they heard gunshots around 4 a.m.

Orange police say there were up to 10 people inside the apartment at the time of the incident.
Related topics:
orangeorange countyofficer involved shooting
Copyright © 2020 KABC-TV. All Rights Reserved.
More Videos
From CNN Newsource affiliates
TOP STORIES