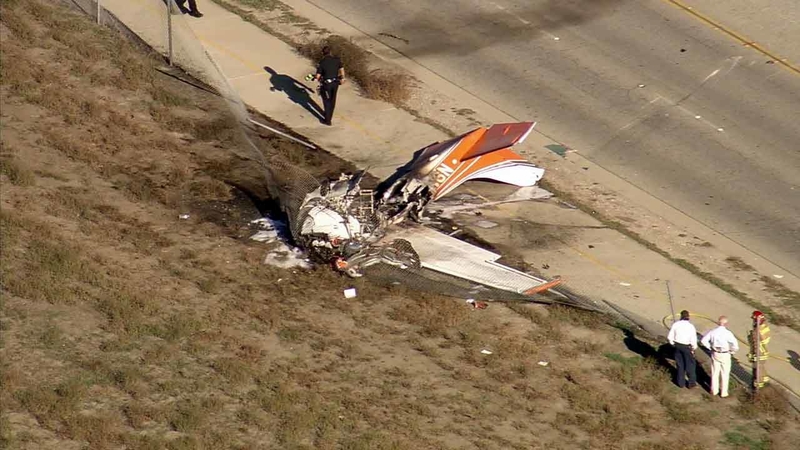 The incident happened near Fairplex and Puddingstone drives.

A pilot was on board the aircraft when it struck a perimeter fence at the Fairplex speedway, and an eyewitness said that's when the plane flipped before it burst into flames.

Authorities from the La Verne Fire Department said the aircraft may have lost power upon landing.

Officials said the pilot was out of the plane when they arrived at the scene and was uninjured.

It was not immediately clear whether anyone helped the pilot out of the aircraft.