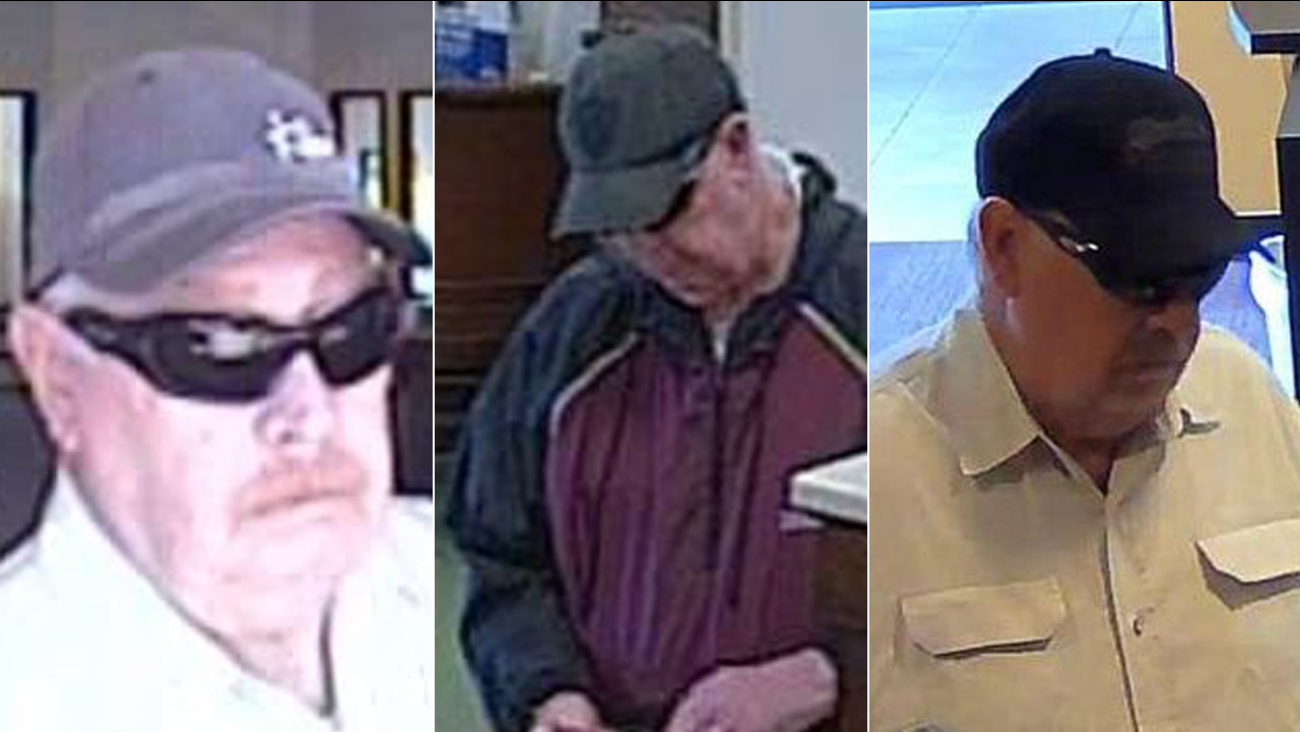 A bank robbery suspect dubbed the 'Snowbird Bandit' is shown in various surveillance images provided by the FBI. (KABC)

According to investigators, he handed the teller a note, flashed what appeared to be a gray revolver with a black handle tucked in his right waistband, took the cash and walked away.

It's unclear how he got the nickname but authorities believe the suspect may be responsible for as many as three other bank robberies in the area, including a Wells Fargo in Mission Viejo on June 11, a First Citizens Bank in Rancho Santa Margarita on May 22 and a California Bank & Trust in Monarch Beach on March 20.

The FBI described the suspect as a white man in his 60s, between 5 feet 8 inches and 5 feet 9 inches tall, weighing between 180 and 200 pounds with a heavy build.

During the U.S. Bank robbery, investigators said the suspect was seen with a white mustache and carrying a straw fedora hat. He was wearing a white, button-down shirt with U.S. flags on it.

Investigators consider the suspect armed and dangerous. If you have any information about these robberies, you're urged to contact the FBI at (310) 477-6565.