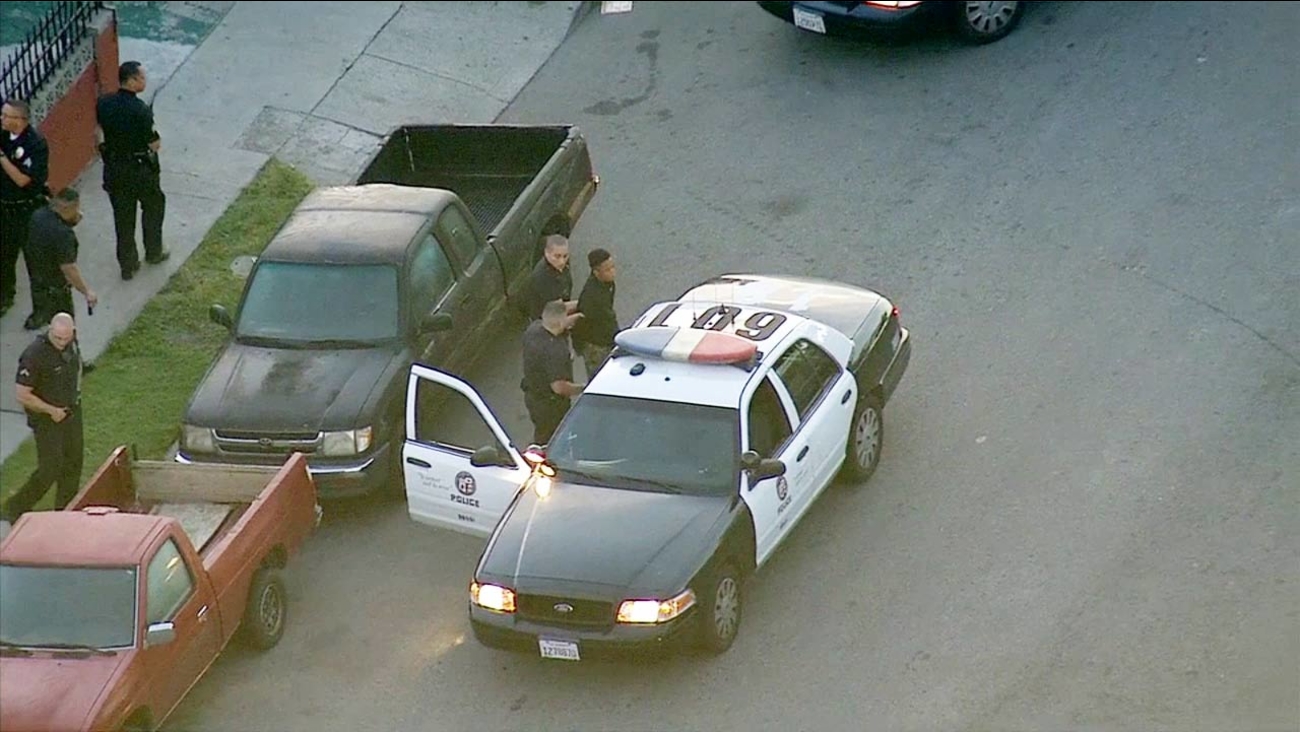 A reckless driving suspect led police on a wild high-speed chase through South Los Angeles before being arrested on Wednesday, April 29, 2015. (KABC)

It all started when Los Angeles police officers tried to pull the suspect over for reckless driving at 111th Place and Avalon Street at around 5:40 a.m. Authorities said the suspect refused to pull over and sped away.

The suspect, who was driving a white 1994 Honda, reached high speeds and drove erratically before he finally stopped and got out of the car.