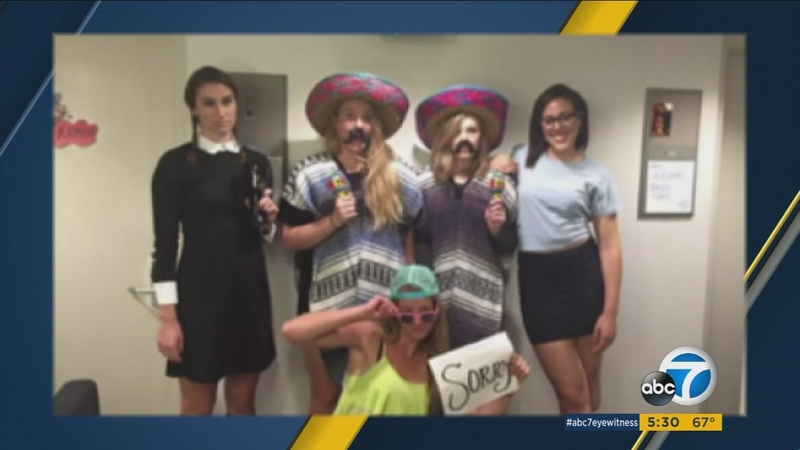 CLAREMONT, Calif. (KABC) -- Protests erupted on the Claremont McKenna College campus Thursday after photos of controversial costumes from a Halloween party showed up on social media.

The college is consistently ranked as one of the best liberal arts colleges in the country, but now it's coming under fire for how it treats its minority students. That issue has prompted the dean of students to resign.

Thousands of students from the five Claremont campuses marched through the area after a photo of two girls dressed in sombreros and ponchos with mustaches was posted on Tumblr and was circulated on social media.

"It's not about the picture. It's about the systematic oppression that students are facing here," student Edgar Morelos said.

Dean Mary Spellman resigned in the wake of ongoing student complaints about the campus' race issues.

One of the students in the photo who was dressed as Justin Bieber resigned as junior class president.

"It's very important not to over regulate expression on college campuses even when, in some cases, people may take offense from expression," said Hiram Chodosh, president of the college.

But members of several campus advocacy groups said the photo is just one in a long list of issues at the college.