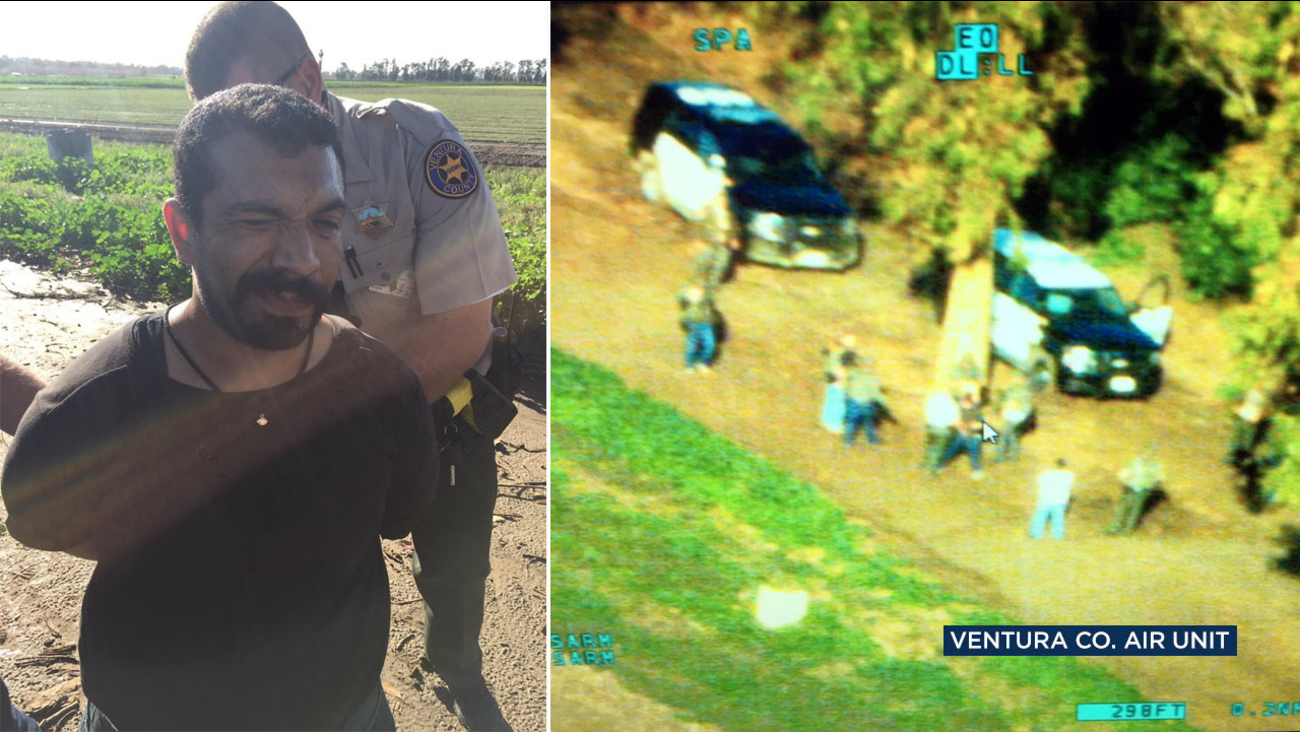 Alfredo Ortiz, 33, is taken into custody by the Ventura County Sheriff's Department on Friday, Jan. 6, 2017.

OXNARD, Calif. (KABC) -- An Oxnard man who allegedly dragged a woman into a house and shot her to death while children were home has been taken into custody on Friday, according to officials.

The Ventura County Sheriff's Department said 33-year-old Alfredo Ortiz attempted to steal a car in the Somis area at about 2 p.m. When deputies approached Ortiz, they said he ran away.

After a brief chase Ortiz was taken into custody.

Authorities said Ortiz was involved in a domestic dispute with a woman in the area of South Juanita Avenue and First Street in Oxnard on Thursday. He allegedly dragged the woman into the house and then witnesses heard multiple gunshots and children were seen running out of the home.

A short time later, witnesses told police they saw Ortiz running out of the home with a gun. Police believed an unwilling family member drove Ortiz from the scene.

As police responded, neighboring schools were placed on lockdown. They found a woman inside with a gunshot wound. Police and paramedics tried to save her, but she died of her injuries at the scene.

Police said Ortiz and the woman had been in a relationship and had children together.
Related topics:
oxnardventura countymurdershootingdomestic violence
Copyright © 2021 KABC-TV. All Rights Reserved.
RELATED 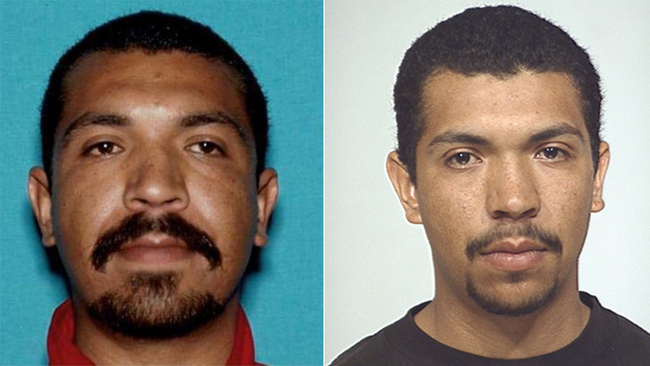