Sword-wielding man barricades self in cutlery shop in Little Tokyo 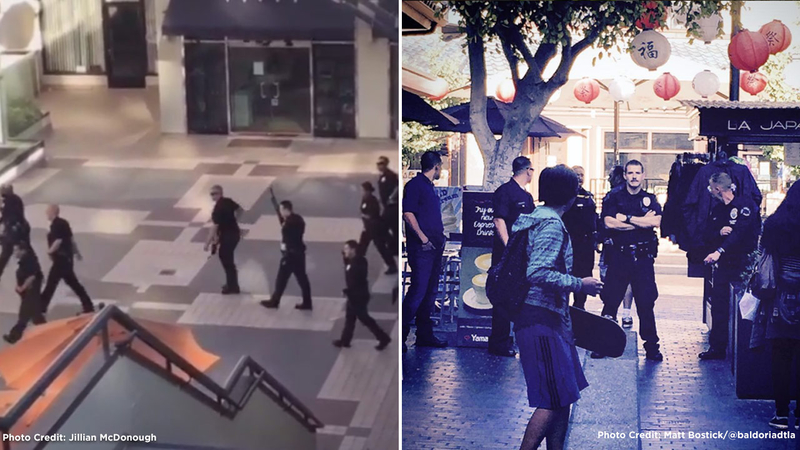 Sword-wielding man barricades himself in cutlery shop in Little Tokyo

LITTLE TOKYO, LOS ANGELES (KABC) -- A man armed with a samurai sword barricaded himself inside a cutlery store, forcing a lockdown at Japanese Village Plaza in Little Tokyo on Sunday.

Los Angeles police said they received the call at about 5:15 p.m. and responded to 119 Japanese Village Plaza.

"He got into a verbal altercation with a security officer from the complex who asked him to leave the store, at which time he began to exhibit aggressive behavior and signs of mental illness. He began talking to people who weren't there and making some statements that got the manager very concerned," Capt. Donald Graham with the Los Angeles Police Department said.

Authorities said the manager called police while customers and employees ran outside the store.

When officers made contact with the suspect, they said he began grabbing swords and knives from inside the store and threatening to harm himself.

Officials with the Los Angeles County Department of Mental Health were working with officers from the LAPD's Mental Evaluation Unit to attempt to talk the man into surrendering.

"It looked like at one point he was going to surrender, but unfortunately he became agitated again, moved further back into the store and armed himself with a samurai sword and a long-bladed knife," Graham said.

Despite rumblings on social media, police said there were no hostages.