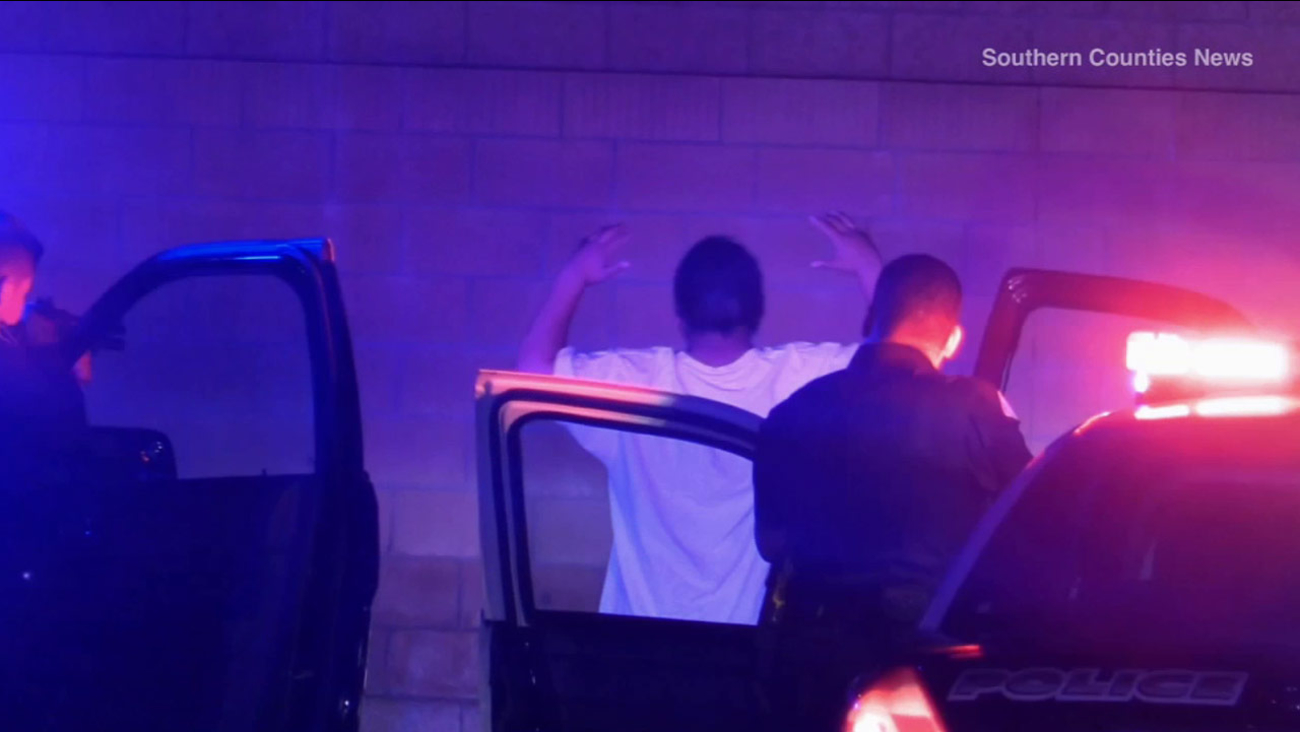 Garden Grove police arrest a teen involved in a chase on the morning of Saturday, May 16, 2015.

Around 3:51 a.m., an officer tried to initiate a traffic stop near Garden Grove Boulevard and 9th Street, but the driver did not stop the car. A short chase ensued and it was reported that the car was stolen.

The driver crashed into the center median at Katella Avenue and Nutwood Street twice, authorities said. The car eventually stopped in a cul-de-sac near Ivanhoe Street and Dewey Drive.

There were seven other passengers in the car, six juveniles and one adult. The teen was then taken into custody and authorities say alcohol does not appear to be a factor in the chase.